National Taiwan Museum (NTM), affiliated to the Ministry of Culture, will release its first comic book, The Creature of The Cloud: The Guardian from the Antiquity tomorrow (November 17th). Illustrated by comic creator Hambuck (漢寶包), the comic book ingeniously elaborates the subtle relationships among the existences of different species and human beings, civilization, and conservation. On the book launch event today, Hambuck also donated the manuscript of the comic to the museum, marking a significant milestone. Along with the publication of the comic, NTM hosts the exhibition Comic in the Museum on the second floor of the main building. With selected parts of manuscripts and interactive multimedia, visitors will be guided through the cartoonist’s journey of creating the story, and will be able to learn more about the background information and the facts of the museum’s rich collection.

It took a year to collect information for the comic and to create it. Under the supervision of NTM, the markings of every clouded leopard have been scrutinized by researchers. The illustrator personified the Formosan clouded leopards, depicting a series of challenges these alpine-forest-dwellers have to face. The story puts a profound issue in a simple way, discussing how rare species become extinct, the relationship of humans and nature, and the subtle difference between the advance of civilization and the development of ecology. Creatively, Hambuck outlined a fictional storyline, connected chapters with the presence of the clouded leopards, and gently portrayed the affection between humans and animals, and how it can be passed down.

The original features a tenderly-told and absorbing story inclusive of elements of passionate adventures, playful humor, and strong bonds. To blend in the story, Hambuck mainly used pencil for illustration for the first time. “I need to draw components of Mother Nature and the markings of the fur. If I do it in the way I used to do, lines and images in different colors would be clearly distinctive from one another. I want a softer, fluffier texture.” After trying using pencil, he found the drawings perfectly match the vibes of the story.

According to Hong Shi-you, the curator of NTM, the museum was founded while Taiwan was under the rule of the Japanese, and initially focused on natural history, divided into four disciplines: anthropology, geology, zoology, and botany. Holding great responsibility in the realm of biodiversity, the museum expects representing its collection and research in various, creative and novel ways, creating new images for the cultural artifacts. With the theme “Hyperconnected museums: New approaches, new publics”, the International Museum Day in 2018 discussed ways to innovatively interpret and showcase exhibits to satisfy visitors nowadays. Likewise, NTM is now taking a shot to combine different fields: educating visitors the concept of biodiversity with comics so as to evoke people’s attention to rare species.

According to Ying Yu-Chu, the deputy director of The Department of Humanities and Publications of the Ministry of Culture, the institution is looking forward to cultivating more prolific cartoonists in hopes of promoting the development of Taiwanese comics. Aside from the annual Golden Comic Awards,

Hambuck revealed that when first planning to create the comic, he visited NTM with the editor and applied for a visit to the repository in order to take a closer look at the leopards’ forms and patterns. He remembered his mind brimmed with curiosity standing in front of the specimens. “Although they are lifeless specimens, I think of what they might have gone through when being alive. They belonged to many different clans, lived through generations, and after years and years, ended up altogether in the museum.” Based on such an idea, Hambuck quickly came up with the outline of his story, in which includes the relationship among the clouded leopards, humans, museologists, and the museum. At the end of the story, the leopards became guardians of the museum. At night, wonders happen in the museum. The specimens come alive, following the leopards’ lead, and they spend the night with Yi-Rou, a museum worker.

The Formosan clouded leopards have already vanished from the ecology system. Yet, NTM still keeps seven specimens of the creature, preserving the looks of the leopards at fetal stage, infancy, adolescence, and adulthood. In fact, there is a distinct possibility that the museum boasts the only specimen of a Formosan clouded leopard fetus. The specimens are listed as grade-one collection. The leopard specimens also play significant roles in the permanent exhibition “Discovering Taiwan” displayed on the third floor of the museum. The museum is now attempting to prove that Formosan clouded leopards indeed belonged to an individual category of subspecies. With research and creation, the museum looks forward to enriching the significance of its collection.

The Creature of The Cloud: The Guardian from the Antiquity is estimated to be publish on November 17th. From 17th on, the book will be available in shops of NTM and since 18th, the book can be found in bookstores. Aside from the comic books, NTM has also organized the small-scale exhibition Comic in the Museum. The exhibition features 30 manuscripts selected out of 200. Additionally, an interactive multimedia device named The Creature of The Cloud: Coloring Book is placed at the spot. Touching the line copy from the comics on the panel, visitors can add colors to the images and experience the creating process of an artist. The exhibition will be opened from today to December 6th, in the cloister on the second floor. Two book launch forums will also be held during the exhibition. For more information, please visit the official website of NTM and look up the information in the “Learning” section (https://www.ntm.gov.tw/en/). 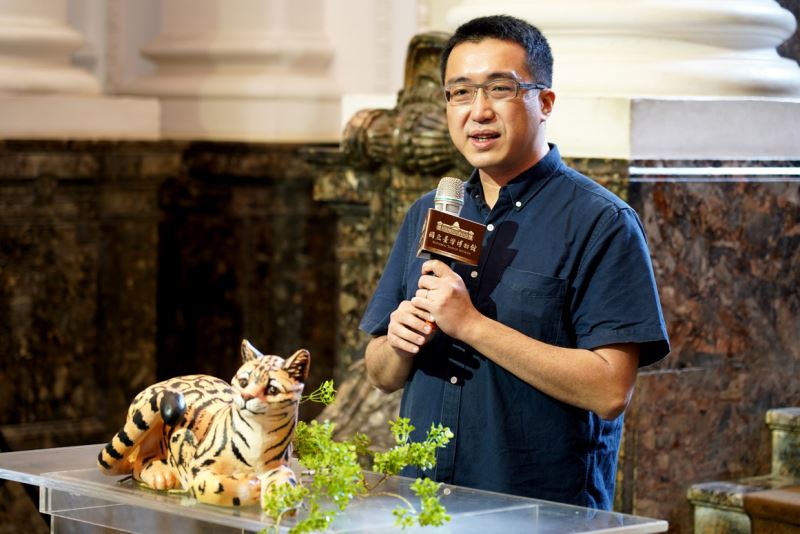 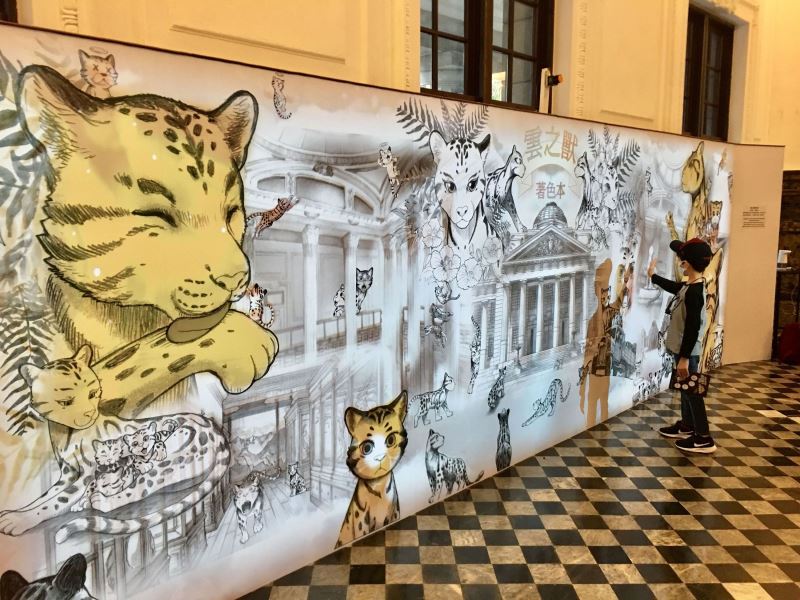 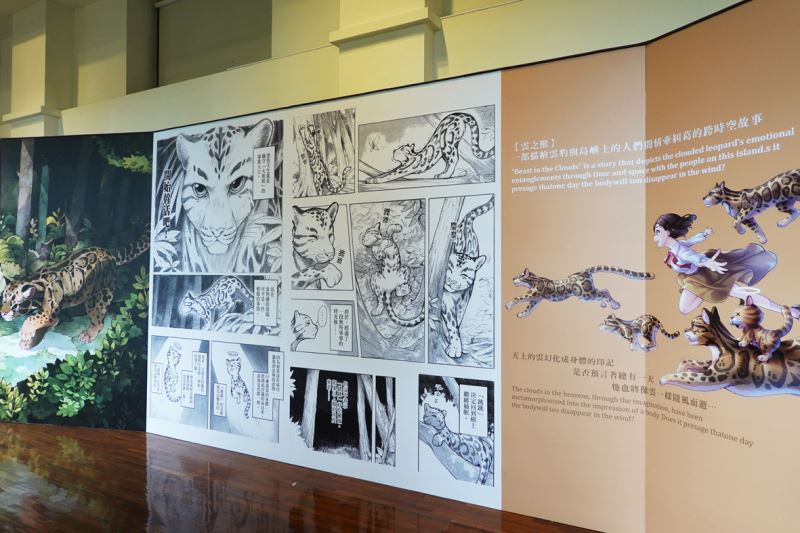 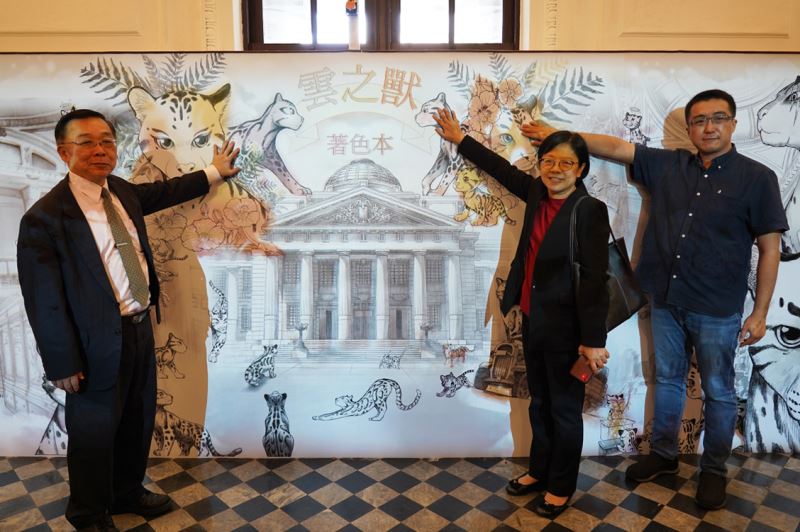 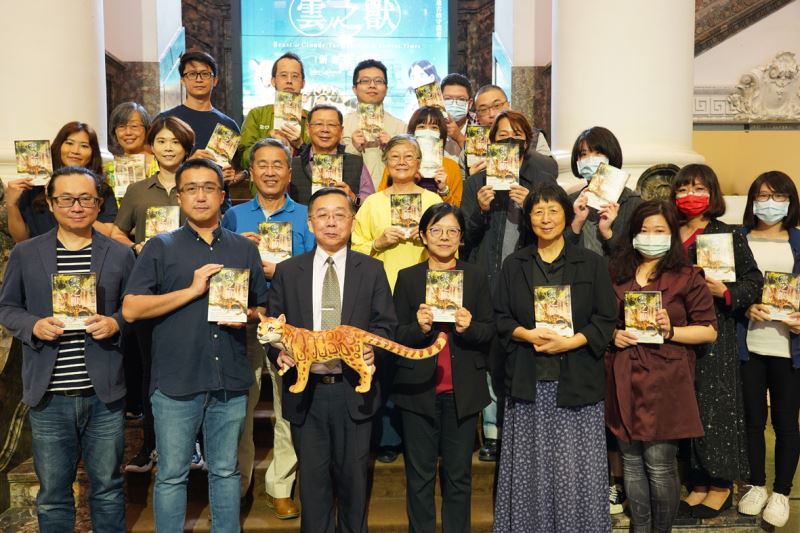