In 1908, the Affiliated Museum of Colonization Bureau of the Ministry of Civil Affairs of Taiwan Governor-General Office was founded. First, it came under the jurisdiction of Colonization Bureau because from the end of 18th century to early 19th century, the main purpose of imperialist countries around the world build museums to showcase the resources in colonized regions. The museum, as one of the celebrations of the west coast line opening to traffic, exhibited all kinds of industry in Taiwan so that the visitors would have a general idea of Taiwan. Ushinosuke Mori was in charge of the expo and planning. 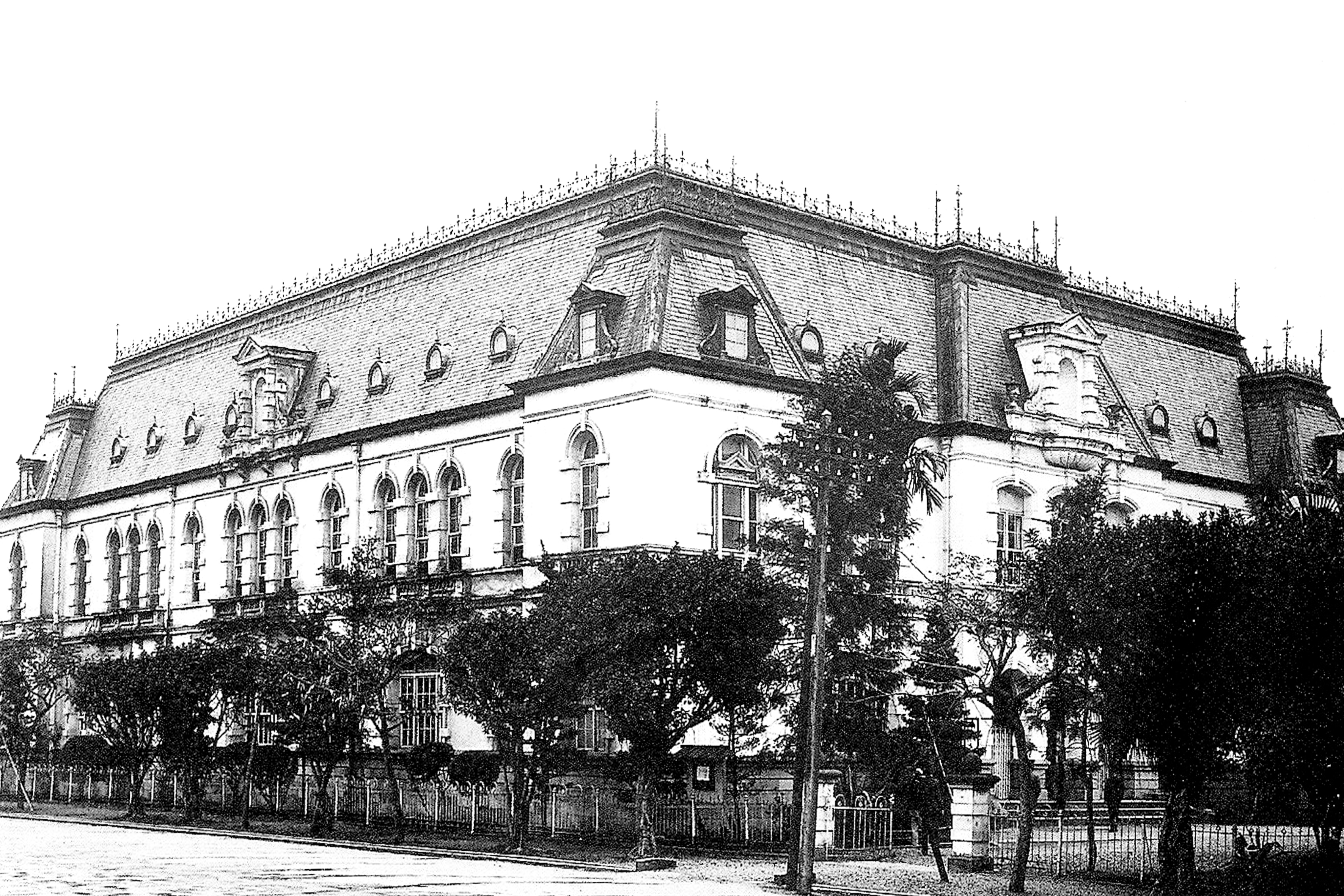 When the museum first opened, the Lottery Bureau of Taiwan Governor-General Office, designed by Kondou Juurou, was located at the north side of Bo Ai Building on Bo Ai road. Initially, Taiwan Governor-General Office sold lotteries but was canceled because of the objection from the public. The Colonization Bureau moved to the office of Lottery Bureau and changed it into a place for display. Miyao Shunji, who was the officer of Lottery Bureau but later worked as officer of Colonization Bureau, said that "I think this is a museum of nature and science. We shall collect all species of animal, plants, and mineral in Taiwan and make good use of them as exhibits in a museum. Second, we shall display antiques that are not used anymore. This could be a base for the academic world in the future. If foreigners come to Taipei and they couldn't find a museum that showcases products or a display area that tells the history, they may see Taipei with a scornful eye." In 1908, there were 12 categories of displays, including geological minerals, plants, animals, human tools, history and educational materials, agricultural materials, forestry materials, fisheries, industrial materials, artifacts and trade materials. All fall under the category of history, artifacts, and history antique. These are the basic collection of the museum. After the Lottery Bureau moved out, the museum has served as the library of Taiwan Governor-General Office, but was stuck by air raid at war. 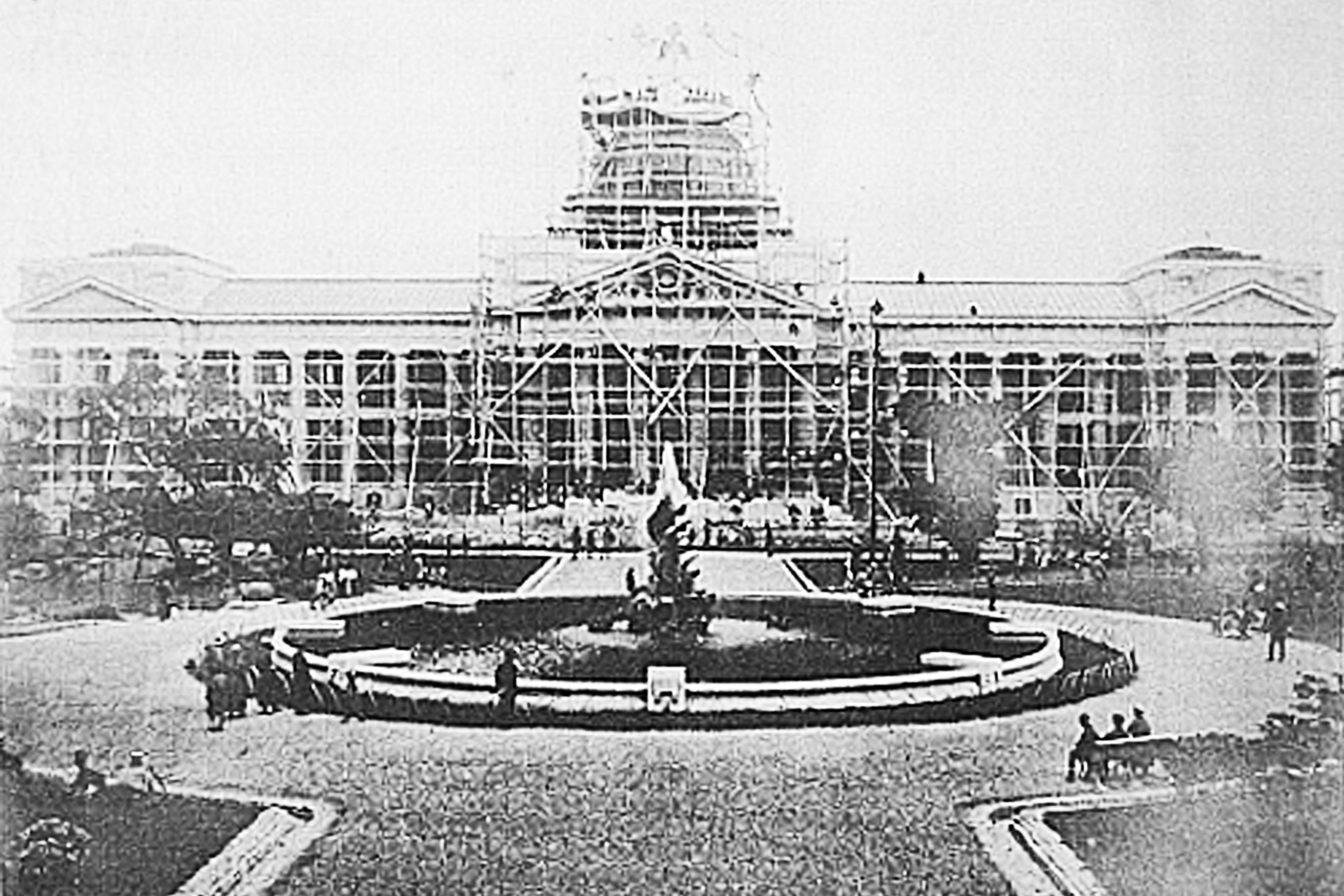 In 1906, Governor-General Kodama Gentaro and Chief Civil Administrator Goto Shinpei left the office and the Japanese government planned to commemorate their achievement by a massive construction. According to Taiwan Daily News "This is so-called a monument for victory, just like Arc de Triomphe. This kind of architecture is to glorify the winning of a war forever. When later generations stand before it and see it, they can think of the glory. A good example of it is Napoleon from France, who had power all over Europe for a long period of time. Hence, Arc de Triomphe was built in Paris. The construction took 30 years of time and cost millions of money. The grand structure and sophisticated carvings is one of a kind. In Russo-Japanese War, former Governor Kodama was in charge of commending and enjoyed the victory of winning. Having this great governor-general on this island, we definitely need to make a monument that commemorates him. Also, the work of governing Taiwan depends on Chief Civil Administrator Goto Shinpei, thanks to his great measures and orders. This is a magnificent glory that we must make a monument that commemorates him." Another report said that “former Governor-General Kodama Gentaro and Chief Civil Administrator Goto Shinpei have been done a good job managing Taiwan, which is known internationally. During their term of office, the law system, finance, expansion of colony, roads, traffic, hygiene and education are being taken good care of. There's no thief anymore and the contagious atmosphere was reduced. The islanders are having a peaceful and happy life, enjoying the benefit from this government and living in this civilized beautiful city.” 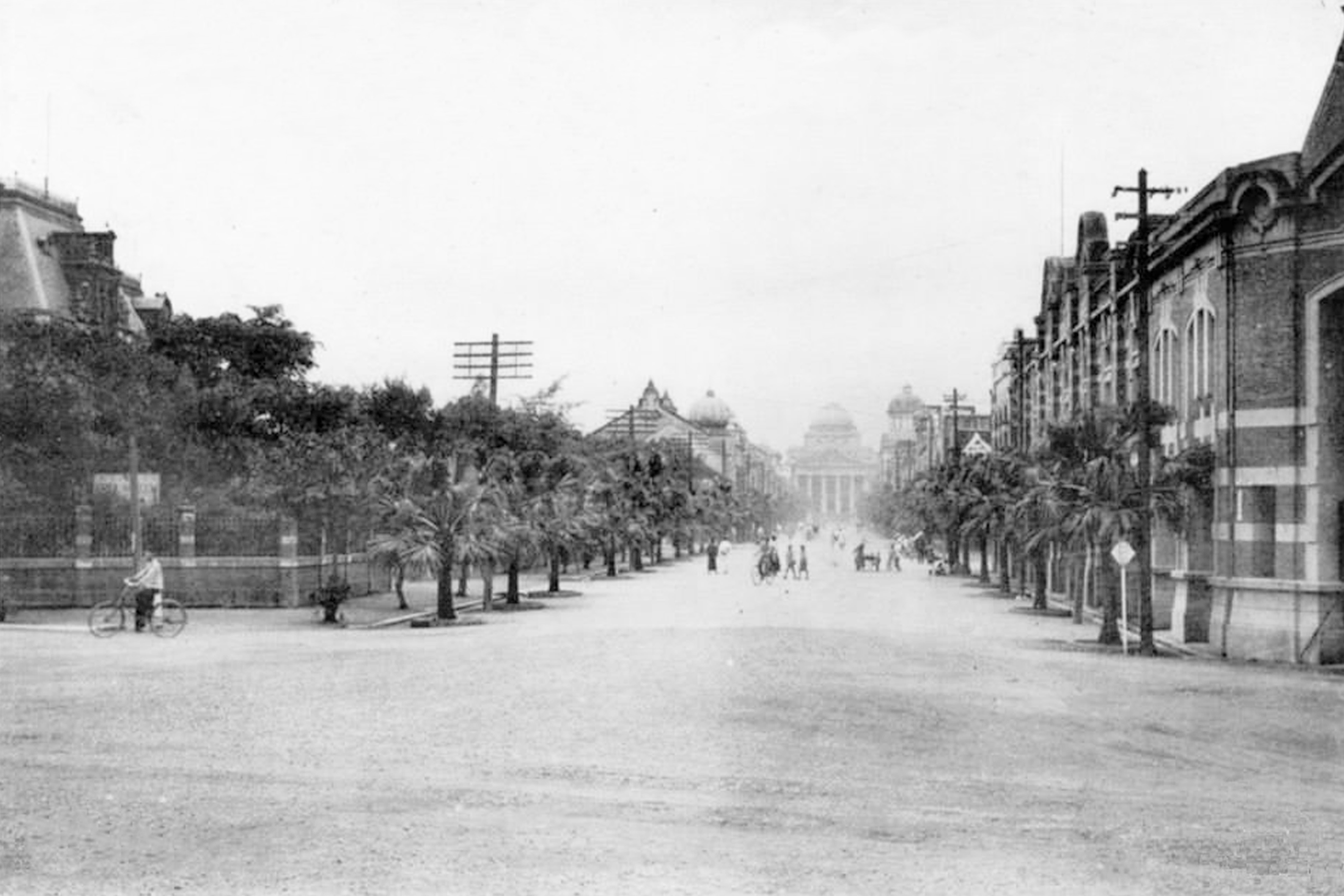 Although this is a construction to honor former Governor-General and Chief Civil Administrator, the Taiwan Governor-General Office thought that it's not appropriate to use public funds. Discussions about the fund-raising campaign by Taiwanese intellectuals were brought up. "It's true that the Emperor was concerned about this new land and all general governors have contributed to this city. However, it's former Governor-General Kodama Gentaro and Chief Civil Administrator Goto Shinpei's credit for being here 9 years and managing all these works. Therefore, "The islanders are grateful of them and wanted to glorify their great deed forever. This is a commemorate event that have been planned for a while." When Shinpei went back to Japan to accept the position as Mantetsu president, "Intellectuals all seized the opportunity and gathered in Taipei to make plans. After several meetings, Japanese and Taiwanese all agreed to the idea of a grand memorable architecture. Lin Ben Yuan and Koo Hsien Jung were recommended by islanders as vice chairmen, because "One has tens of millions of money and the other has millions of money. They are both affluent, generous and want to shoulder the responsibility, following the great examples of John Davison Rockefeller and Dale Carnegie.” In 1913, the fund-raising continues and Taihoku New Park was chosen to be the construction site. The construction completed in 1915 and the completion ceremony was held on April 18th. In May 1915, Taiwan Times mentioned that around 600 officials and intellectuals attended the event in a solemn way. Koo Hsien Jung, the representative of Taiwanese, greeted Kodama Gentaro and Goto Shinpei in poems. 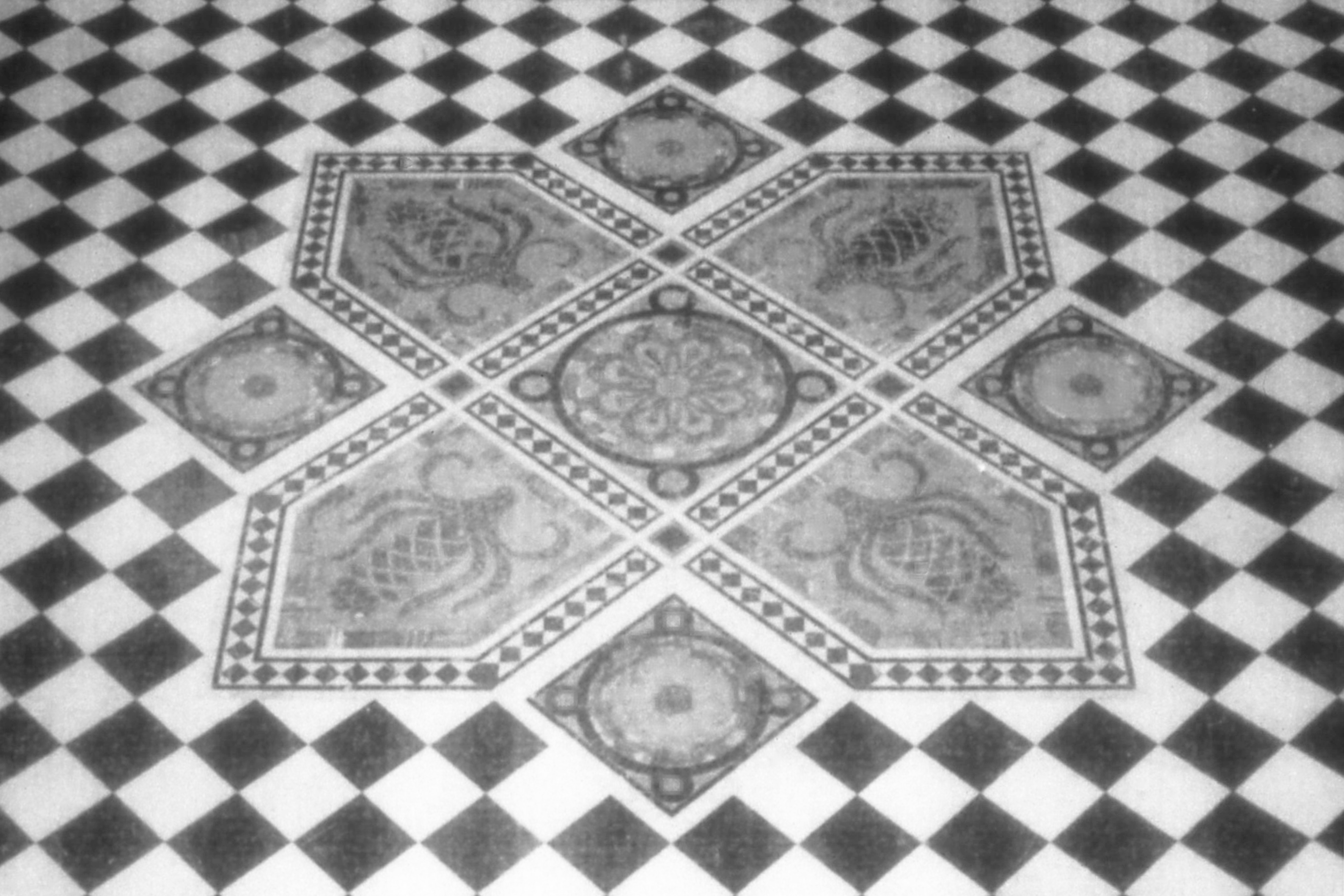 The construction of 510 ping (1688 m2) cost 270,000 Japanese yen. The museum was designed by technician of Taiwan Governor-General Office Ichiro Nomura and assistant technician Eiichi Araki. The construction was carried out by Takaishi Chuzo from Takaishi Gumi. Haruda Kinjiro took the contract of the lighting system, which was supervised by technicians Kondou Juurou and Kira Souichi. Neoclassicism style, commonly seen in European museums, was adopted. The Doric pillars, imitating the Greek temple, support the gable and Romanian dome. The museum faces north and was symmetrical like character one in Chinese. In the Japanese period, the road in front of it led to the plaza in front of Taipei Main Station. It was renamed as Omote Cho ( today's Guanqian Road ) in 1922. The south is Taihoku New Park (228 Peace Memorial Park) so the view of the Park is available in the museum. 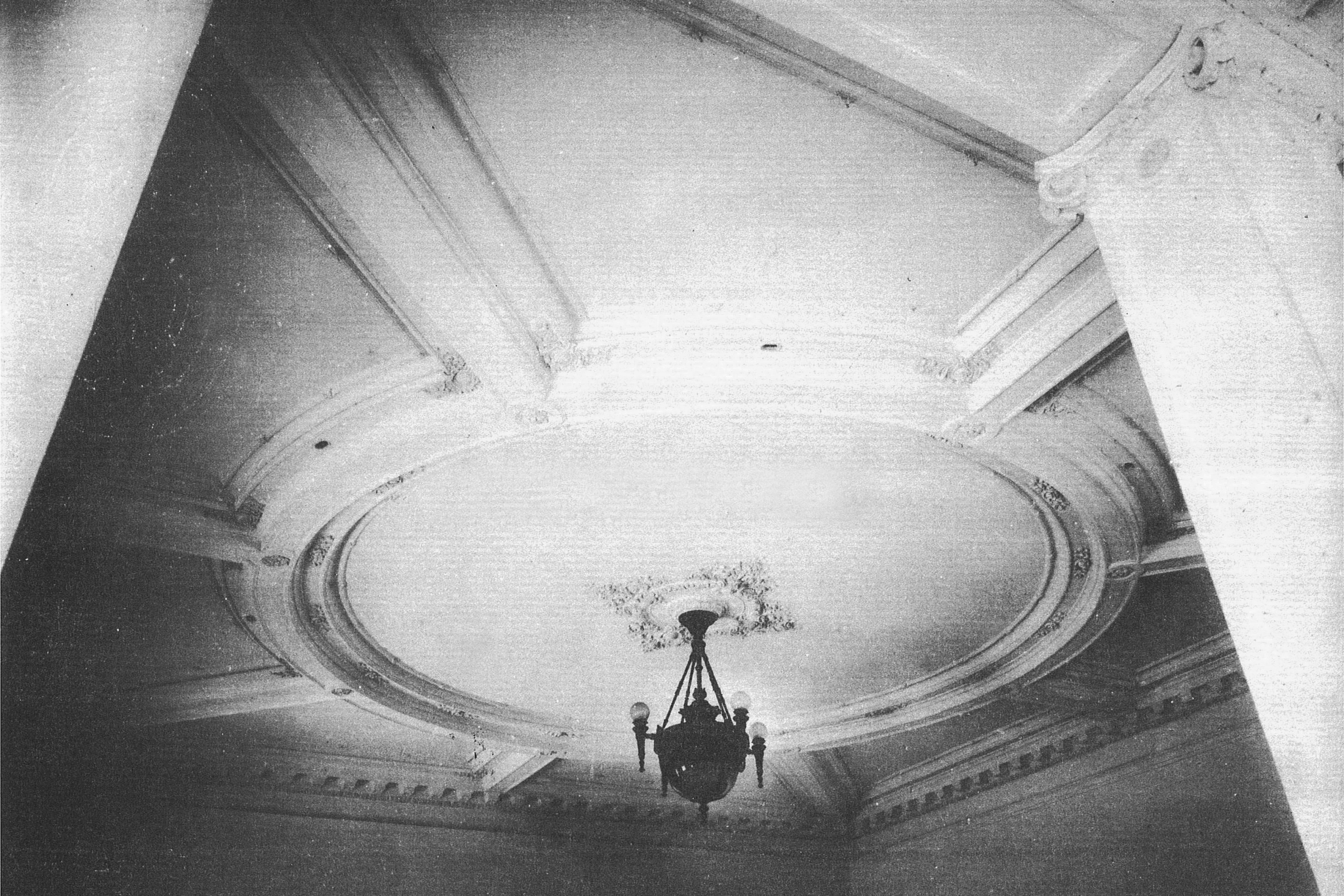 The whole structure is reinforced concrete. The two halls flanked at the side are mixed with reinforced concrete and bricks. The roof was constructed of wood and covered with copper tiles.
The floor of the basement is covered with asphalt and cement to prevent termite and water leakage. The floor slab of the first and second floor of the two flanks are made of reinforced concrete with wood on it. On top of that is linoleum. The tiles in the balcony are Japan-made.
The floor of the main hall is covered in black marble from Mino Province and white marble from Mito shi. There's a marble mosaic at the center. The tiles used in the entrance and hallway are made in Germany. The floor of the corridor at level 2 is made of local white marble and slate. The floor of the lounge is made of wood with linoleum. The wallboard and the skirtboard are marble from Mino Province and the armrest is in brass. The skirtboard and wallboard of the lounge are Beechwood. The base stone of the outside was remodeled. The stair in the middle of the front and the back is in andesite and the upper half of the wallboard is decorated in washed pebbles. 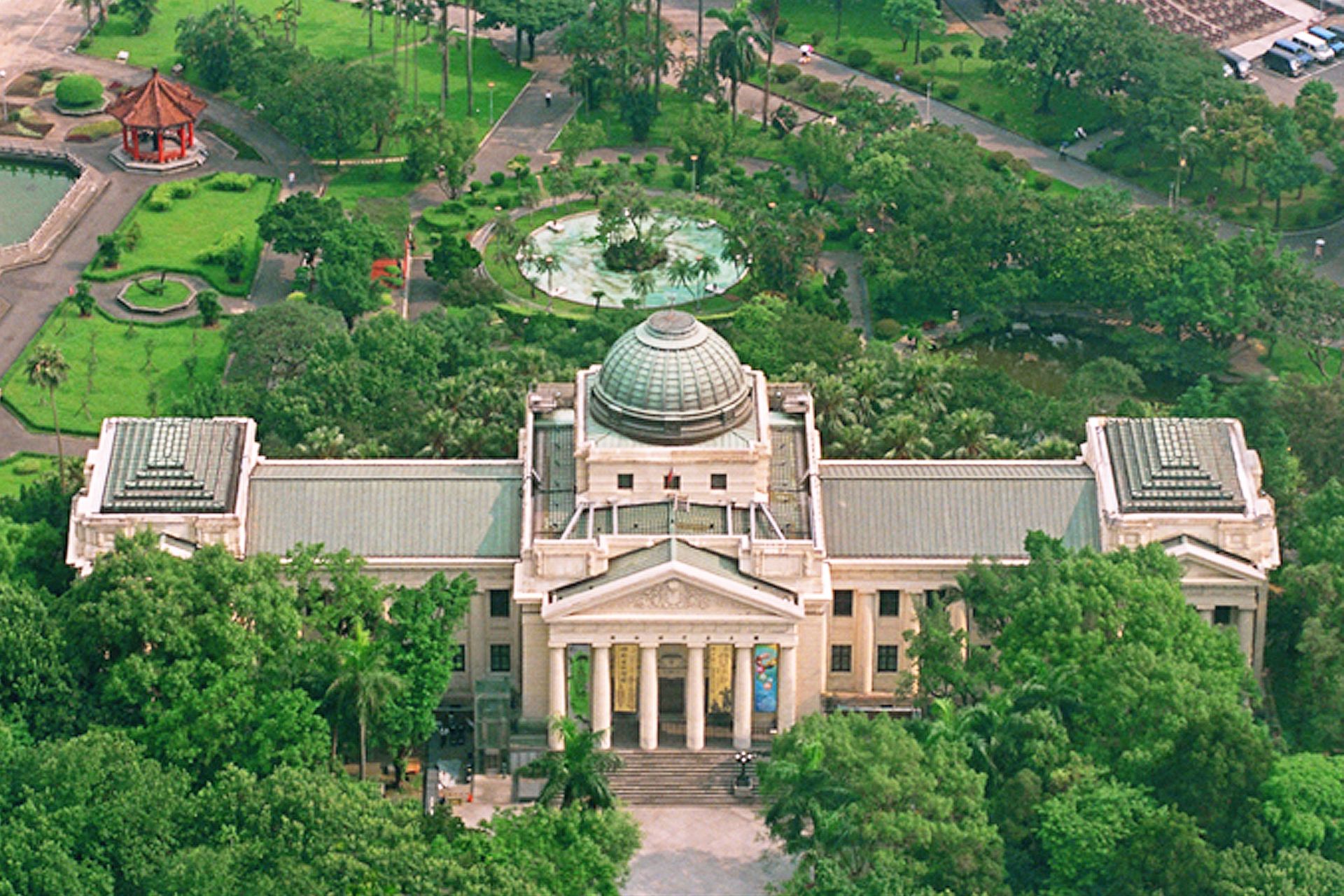 The hall, designed for ceremonial purposes, is surrounded by 32 composite orders that are 32 foot tall and 2ft 7in in diameter. The stained glass window at the dome is 54 feet above the floor in a pattern combining the family coat-of-arms of the Governor-General Kodama Gentaro and Chief Civil Administrator Goto Shinpei. The patterns were used on the lamp on the wall. Bronze statues of the two officers, made by Shinkai Taketaro were placed in the alcoves of the lobby. The halls at the first and second level of the flanks were designed as exhibition rooms. When the construction completed, the staff felt that the rooms were "a little bit too small", hence the preparation room at the basement was used as a room for display as well. 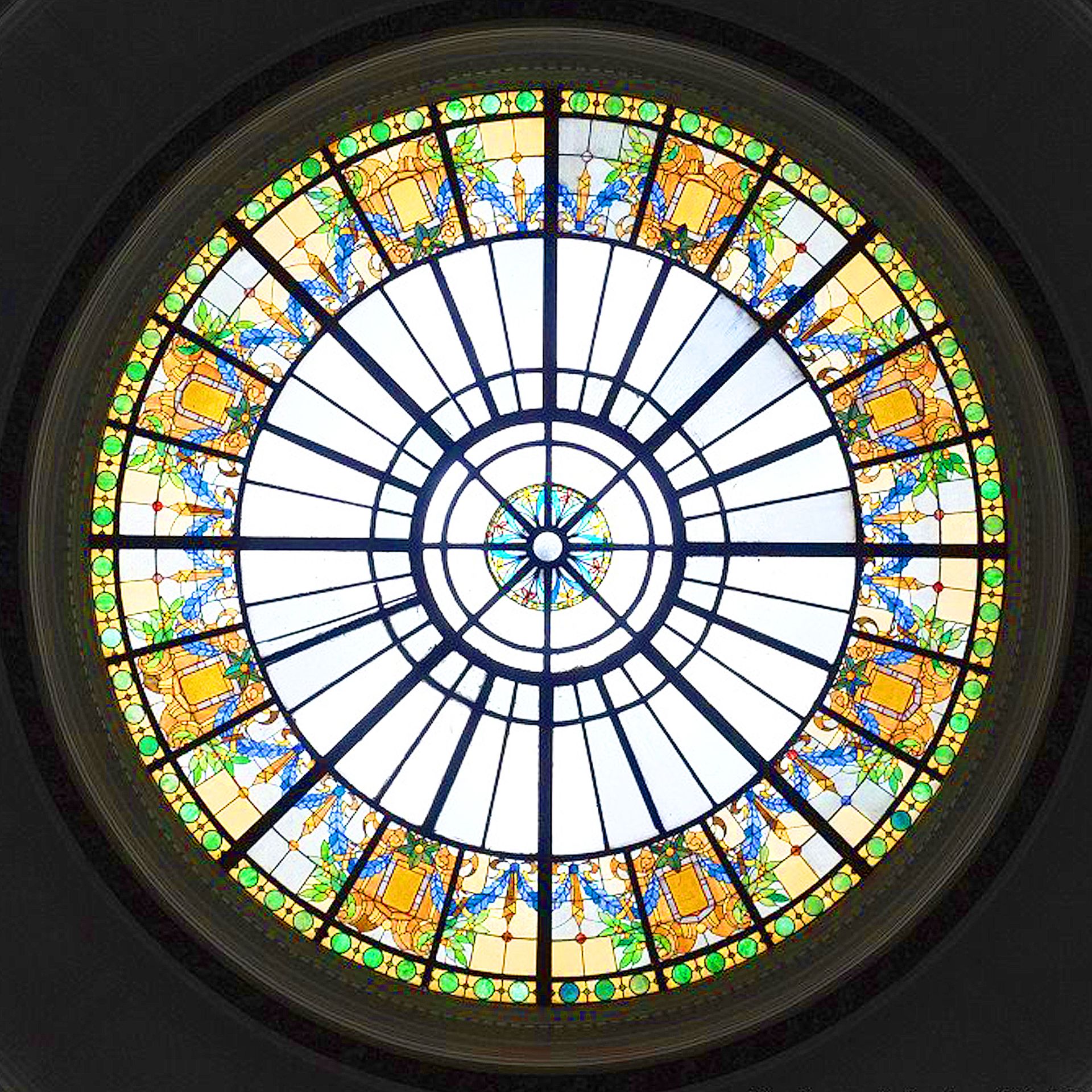 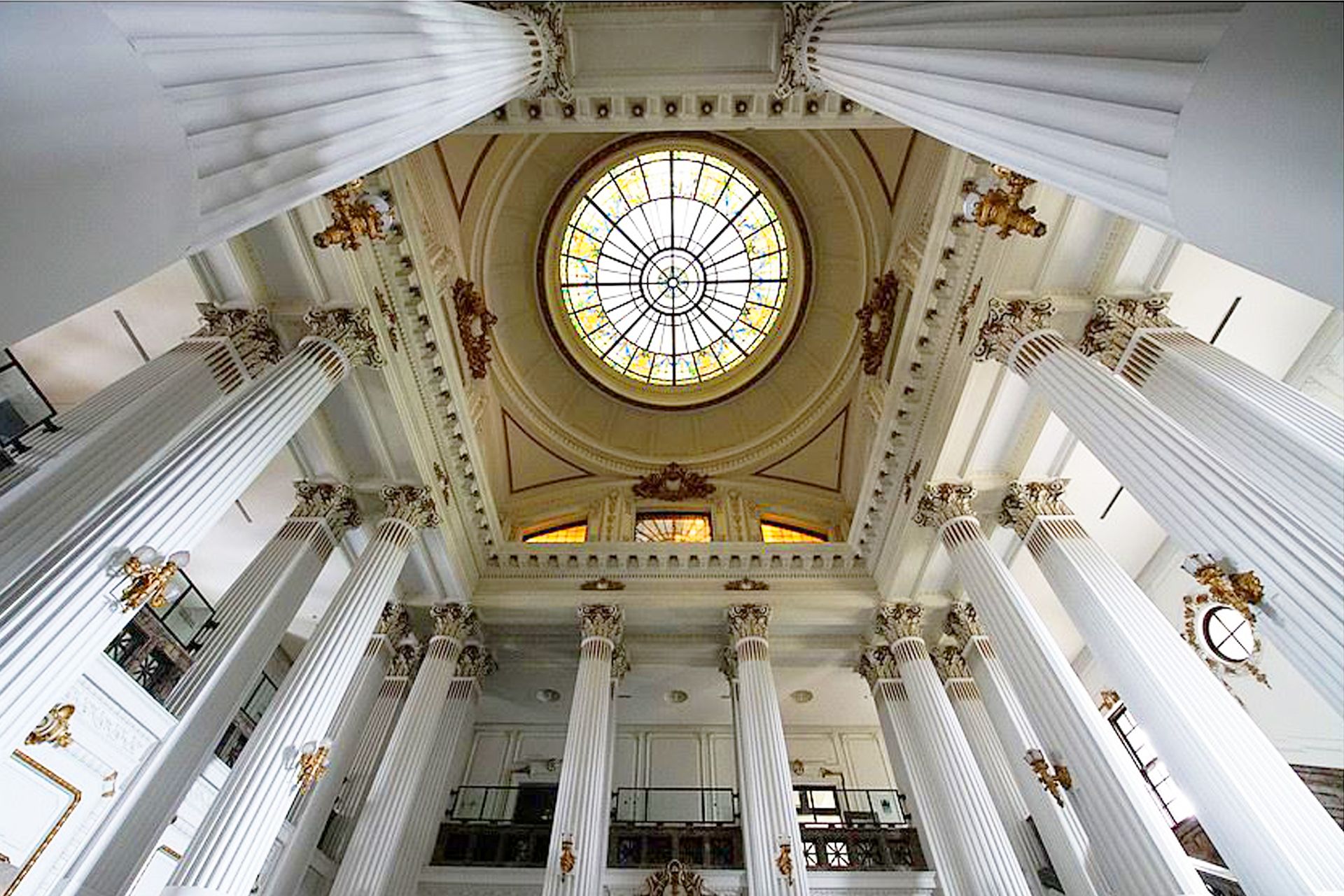 In 2002, after the March 31th earthquake struck Taiwan, Lee Chian Lang was appointed as the organizer of the emergency response group, which was about the assessment of earthquake damage, reinforcement planning and reconstruction design. In 2003, the reconstruction begun. The metal railing at the plaza was knocked down and the pipeline was redesigned. Part of the floor slab on the second and third floor were torn down. The entrance, service counter, washroom and video room were remodeled. In 2005, the museum was included in the Capital Core District –The Taiwan Museum System under the Council for Cultural Affairs.