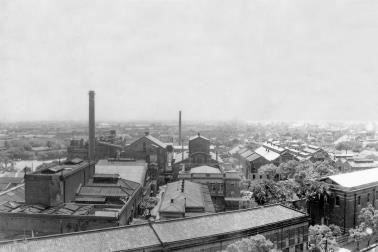 In 1897, Taiwan Governor-General Office regulated the Opium Monopoly Plan. Taipei Nanmen Factory, constructed in 1899, was an important place for the production and testing of camphor and opium. In 1901, the Factory was renamed as Nanmen Factory. In 1931, it was called Taipei Nanmen Factory. It was the only government-run camphor manufactory in Taiwan during Taiwan under Japanese rule. After WWW II, it was called Taiwan Provincial Camphor Refinery. In 1956, the name was changed into Taiwan Provincial Camphor Factory. After its closure in 1967 because of privatization, the land belonging to the factory was subdivided and sold off since 1974 for construction of new buildings. The east part belongs to Central Bank, the north part goes to the Ministry of Finance and the south part belongs to Taiwan Land Development. 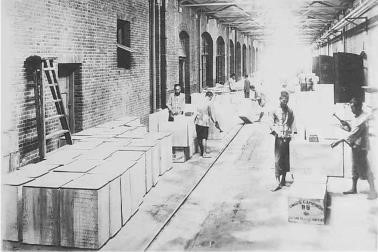 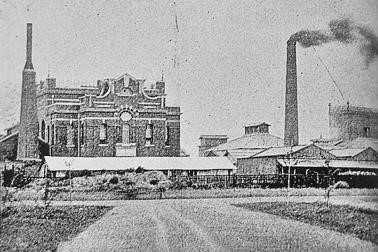 In 1998, Nanmen Factory was assigned a National Historic Site. In 2006, the National Property Administration announced that the Factory belongs to Taiwan National Museum, which is included in the capital museum cluster plan. After renovation, the Factory served as an exhibition hall. A new Collections Storage and administrative building were built as well as an outdoor washroom included in the landscape. The renovation of the historical site were designed and planned by I-Chung Chan Architect, operated by Done-Man Company. The planning of exhibition was taken charge by SHC Architects and Space Seed Studio. Harmonious Architects & Planners and Jia-An Construction company took care of the washroom and landscape. 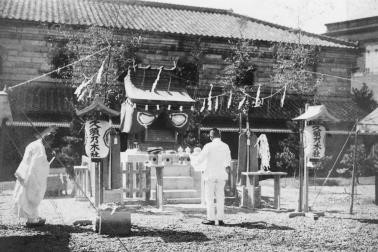 The Red House was built in 1914, designed by the technician of Taiwan Governor Habu Kinsaku. The two-story building is made of red bricks mixed with reinforced concrete. He Zao field, a building with iron roof truss is located in front of it. Horizontal white stripes can be seen on the red brick wall, which is in Tatsuno style. The Little White House was designed by the technician of Taiwan Governor Nomura Ichirou. It was one of the few Meiji period stone architectures in Taiwan. The exterior of the building is white-grey and made of two layers. The inner layer is red brick of 11.5cm thick and the outer layer is Qilian stone of 38cm thick. The Qilian stones are from the Taipeh City Walls after being torn down are Mushan quartzarenite, originated from Qilian, Da Zhi and Beishihu in Taipei Basin. 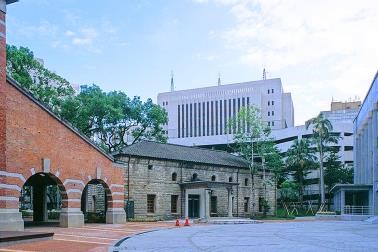 The 400 dan capacity pool, constructed in 1929, was a reservoir for firefighters after two fire incidents in the factory. There was a Shinto shrine located between the 400 dan and Little White House that enshrined Kumano-Kusuhi, Three Kami Deities of Cultivation and Prince Yoshihisa. The water in the pool is wastewater from the factory, which is used in environmental cleaning and plant-watering when cooled down. The pond has a red brick construction The base of the pond consists of reinforced concrete. The pond has a capacity of 400 dan (approximately 72 cubic meters). After WWII, the pond was used as a fish pond of 120cm depth. The architect installed a stainless steel grid at about 60cm beneath the water and put pebble stone in it, from the construction site, making it a 50cm deep pond. A spray head shaped like a fire hydrant was set up in commemoration of the pond’s honorable service as a fire safety facility. 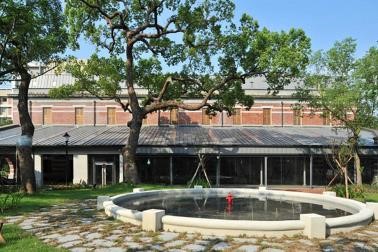 After the renovation, Red House is used as reception and exhibition area. A permanent exhibition about the history of Nanmen Factory and camphor industry is located at the north side of the first floor of Red House. Special Exhibitions Hall, which showcases the history of industry in Taiwan is on the second floor. He Zao field is at the entrance and now serves as lounge and cafe shop. The Little White House is a multi-function space. Two-third of the space at the west side of the administrative building of the newly built Collections Storage is designed for exhibition for family, public service and meetings. When the whole area was being designed, the historic appearance was fully taken into consideration. The remained structure, material and method kept in renovation are shown on site and incorporated into the design of space.