“Walking within Skeletons: Dinosaurs Coming!” Exhibition
The contents of this exhibition include specimens from the Paleozoic, Mesozoic, and Cenozoic Eras. The hall transports visitors through a time tunnel depicting a wide range of the paleontology spectrum. The exhibit features the following sections:

Paleozoic Era: Before the Appearance of Dinosaurs
The earth was formed about 4.6 billion years ago. After repeated impacts by meteorites and comets with its hot surface, the earliest microorganisms (Stromatolites), fossils of which have been found in rock formations, are believed to have come about 3.6 billion years ago. About 530 million years ago, shortly after the beginning of the Cambrian Period, there was a sudden appearance of a large group of organisms. The rapid diversification seen in these organisms is witnessed in the Chengjiang Biota Shales, which included almost all phyla of animals that have existed to date, even the Chordates. Fossils of earlier ancestors to these organisms have not been discovered even in more ancient strata.

Mesozoic Era: Dinosaurs Debut
The Mesozoic was a time when the continents gradually shifted into today’s configuration. This drifting process proved a very important determinant for life speciation and evolution. Dinosaurs dominated terrestrial animals during this era for over 160 million years. They appeared on earth about 230 million years ago and went extinct about 65 million years ago. Dinosaurs were very large animals, reaching up to 70 meters in length.

Cenozoic Era: After the Dinosaurs
Mammals appeared and underwent dramatic evolution during the Cenozoic Era. The current mainstream in evolutionary biology is to study evolutionary trends through the fossil record and to connect biological kinships through DNA decoding. However, a timeline can only be deduced from the studying of fossils. How are cladistics in mammalian species relevant to the break-up, drifting, and collision of continents? Paleontologists point to hypotheses in which diffusion and origin of evolution can only be deduced from Xenarthra fossils discovered on the ancient supercontinent Gondwana. Evolutionary biology requires multiple tools, different techniques, and more solid evidence to reveal the mysteries of that long-lost world. 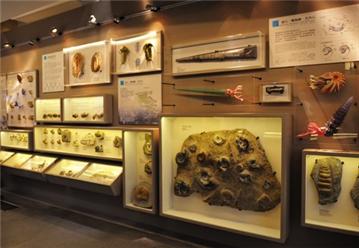 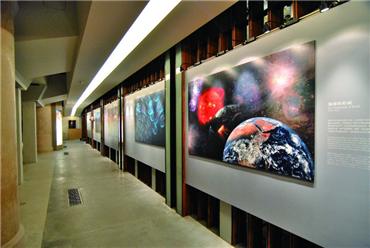