National Taiwan Museum (NTM) co-organized with Museum Siam in Thailand to exhibit “Tattoo COLOR˙Tattoo HONOR”, featuring the two tattooing systems of the Atayal and the Paiwan “Face and Body” as its main theme. gathering items such as rare photographs of tattooed elders, life stories of elders with tattoos, tattooing tools, designs and wood carvings , including a rare photograph of a- Paiwan tattooist in the early 20th Century, showing how the precious and nearly lost tattoo traditions are preserved and revived.

Director of NTM Shih-yu Hung personally attended the opening ceremony at Thailand today, inviting Paiwan tattooist Cudjuy Maljugau to demonstrate traditional techniques of tattooing, and also the Amubwiy Puing Culture Arts Group to perform Atayal Peishih traditional song and dance. They are accompanied by Angusan Palivulj of the Paiwan, who is also the village chief of Nanhe village, located in the Laiyi Township of Pingtung, and one of the founders of the Atayal’s Lihang Workshop, Baunay Watan, they shall meet Thailand’s tattooists and share their experiences , turning a new page for cultural exchange between our countries.

Shih-yu Hung expresses in his speech that this international exhibition is a story about how Taiwan’s tattooing peoples revive their own traditions. The tattoos on their faces or their bodies represent their pride and honor. Thus the NTM cooperates with historians from the Atayal community in northern Taiwan and the Paiwan community in southern Taiwan. Through the oral history documentaries they collected, we hope the Museum can become a platform of communication between ethnic groups, pushing forward an understanding between differences, along with mutual respect and tolerance, while also allowing all our friends in Thailand to gain knowledge about the diverse tattooing traditions of Taiwan’s indigenous peoples.

Angusan Palivulj emphasizes that Paiwan tattoos are not only pretty patterns, but also a sense of honor, serving as a symbol of status in the community. He says that even though the Laiyi Township of Pingtung is where has the largest number of Paiwan elders with tattoos, but as they eventually pass away, this precious tattooing tradition is disappearing as well. The life stories have raised the Paiwan’s awareness to preserve this heritage. Now there are already young clansmen accepting tattooing of the hand, in the hope of preserving and passing down the Paiwan hand tattoo tradition and the spirit of their homeland.

Baunay Watan expresses that facial tattoos are a projection of the Atayal people’s view of life, values, and the universe, where men must be courageous when in battle and when hunting, while women must be proficient in weaving in order to be eligible for marriage. There is a legend where only those with tattoos on their faces can cross the rainbow bridge after death, and their ancestors identify their descendants through their facial tattoos. Facial tattoos are the symbol to be recognized and meet ancestors in the afterlife. He laments that as elders with facial tattoos pass away, their tattooing culture may become forgotten in the vast rivers of history.

“Tattoo COLOR˙Tattoo HONOR” exhibition shall be exhibited at Museum Siam until October 27th, located at 4 Sanam Chai Rd., Phra Nakhon, Bangkok, visitors are allowed from Tuesday to Sunday, 10 a.m. to 6 p.m., the exhibition is also another of NTM’s southward international exhibitions since the “Pulsation-Biodiversity of Vietnam˙Taiwan Photography” exhibited at the Hanoi Museum in Vietnam during 2017. 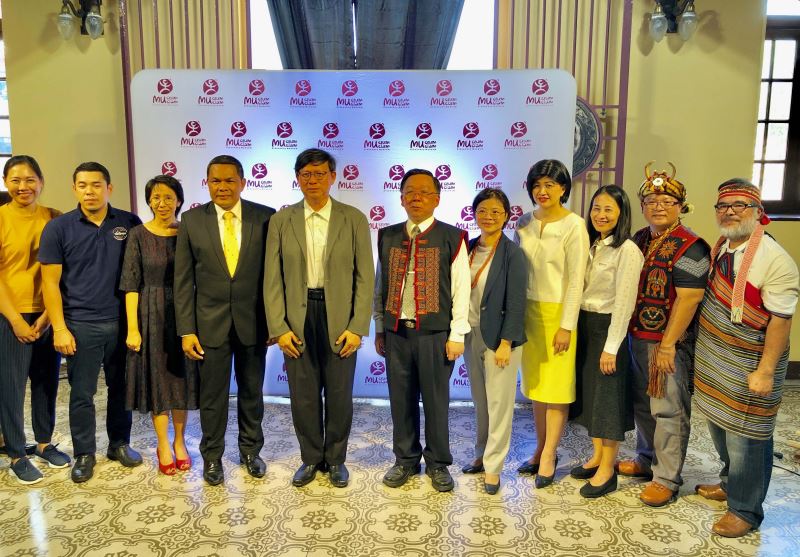 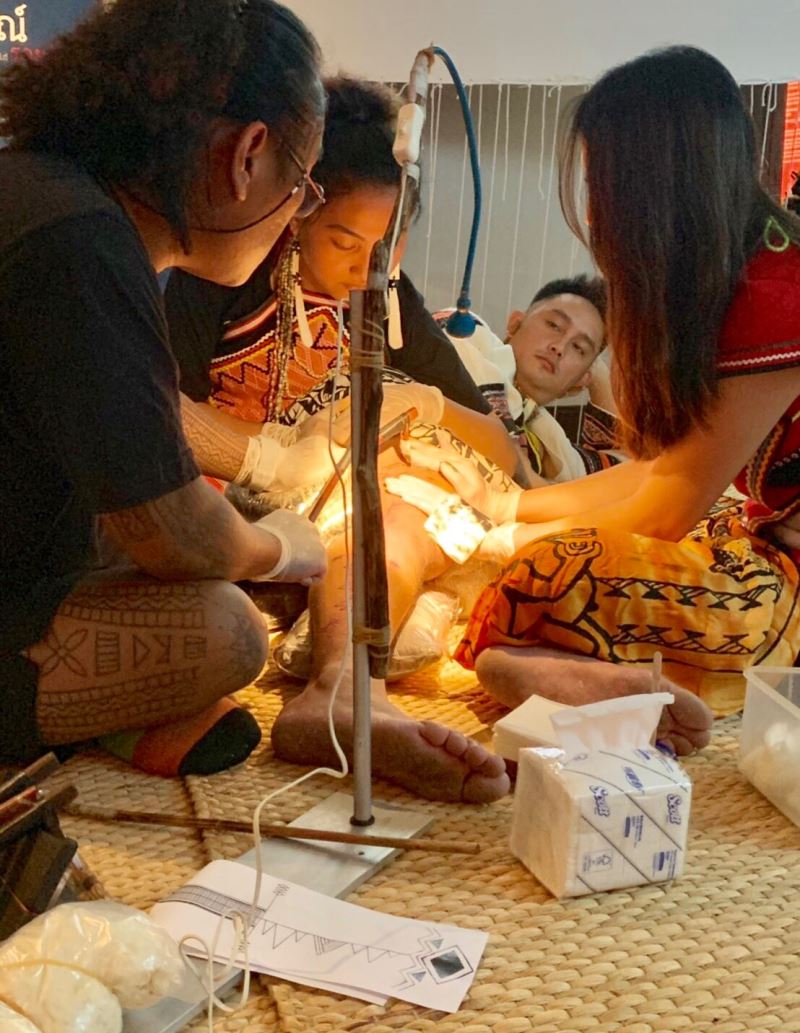 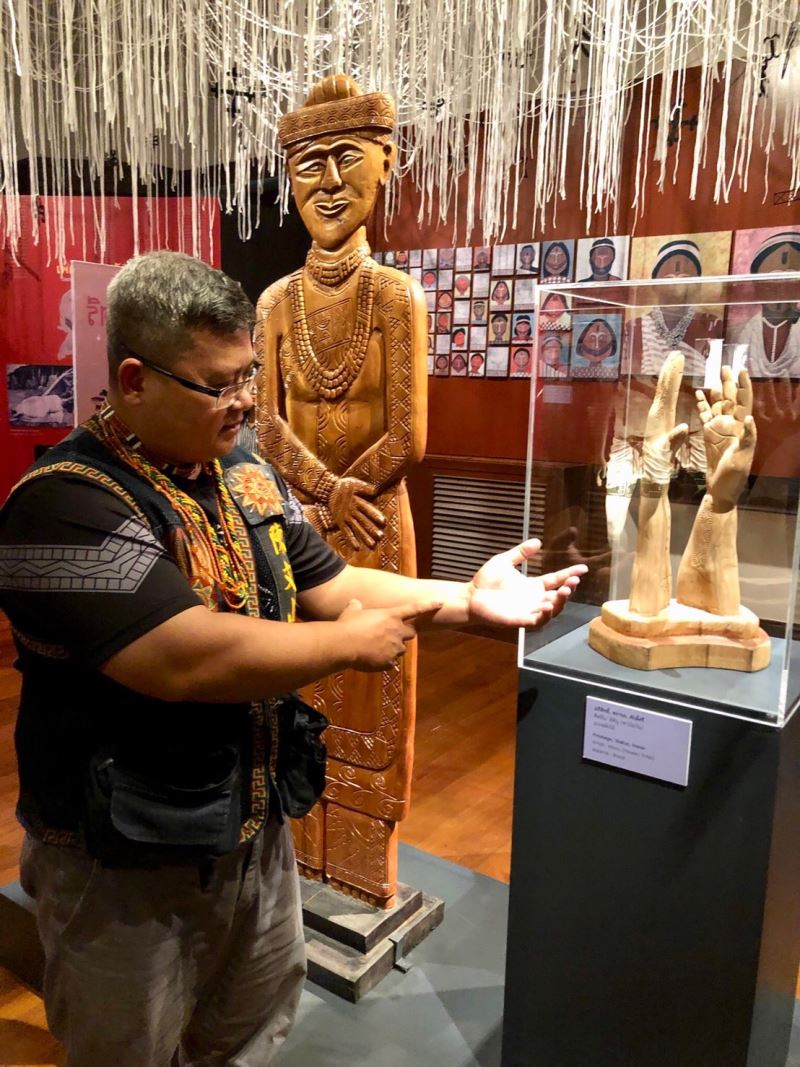 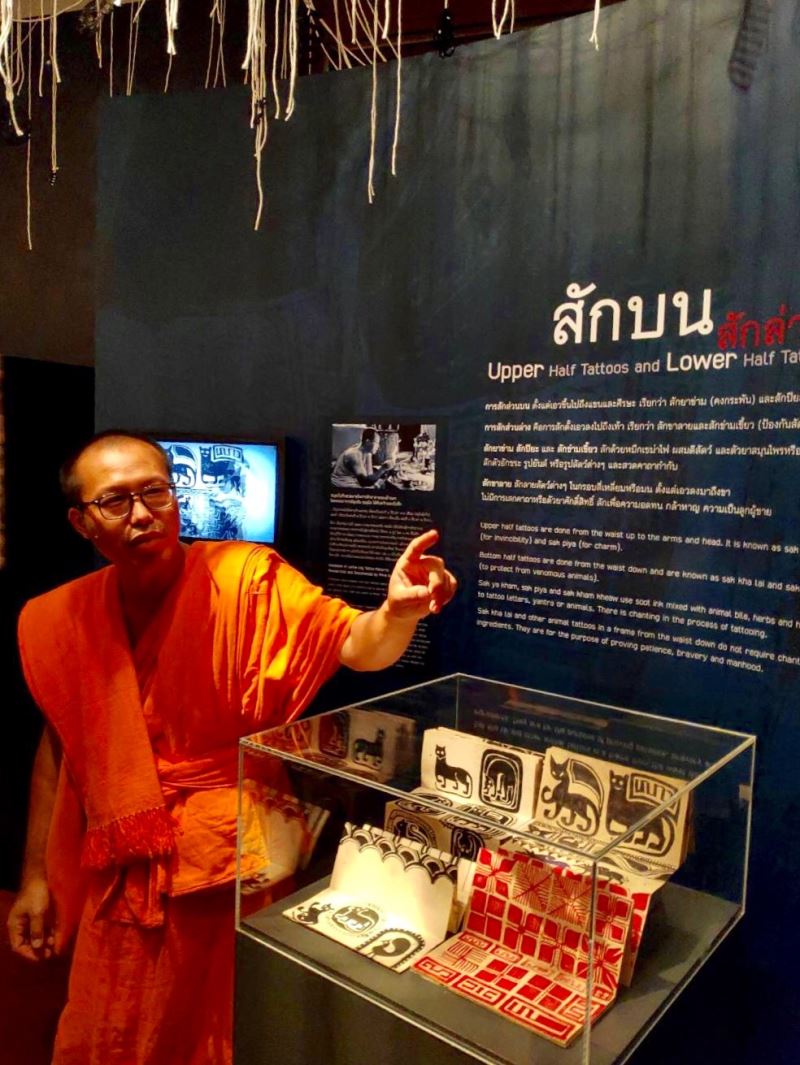 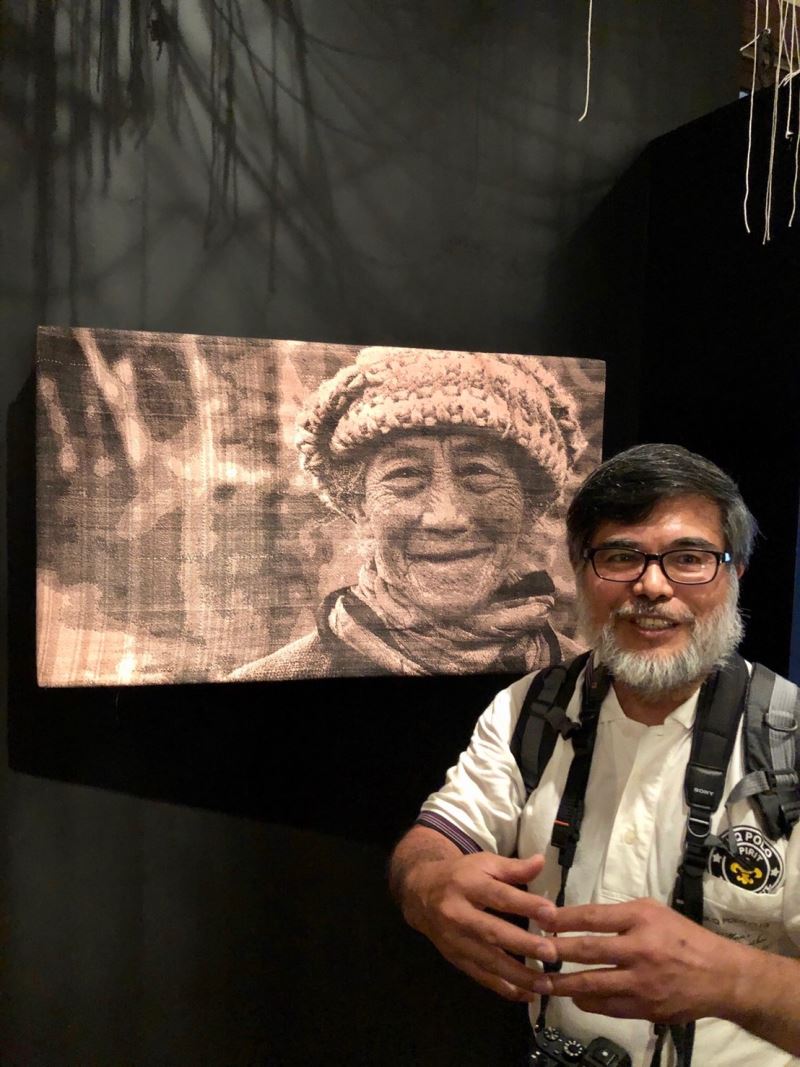