Introducing Brand New Feature: Kangxi Map of Taiwan Comes Alive in Arena Theater, Taking You Back to the 18th Century

National Taiwan Museum proudly presents its brand new feature: a brand new immersive arena theater with 4-meter-high and 13-meter-wide curved screen, which combines high definition projection and edge blending technologies. Officially launched to the public today, the theater is showing its first film Traveling through the Map in 3D animation. From now on, visitors can watch this film at 10:00 and 14:00, and experience The Legend of Formosan Clouded Leopard and Formosan Black Bear in VR360 at 11:00 and 15:00 respectively in the arena theater. (the latter is intended for audience over 13) Admission by ticket only. If you need more information, please go to https://www.ntm.gov.tw

While Traveling through the Map presents Taiwan’s cultural customs and natural landscapes in marvelous animations, the other animation film, The Legend of Formosan Clouded Leopard and Formosan Black Bear in VR360 conveys the importance of ecological-conservation through the deployment of 3D characters and forest settings with humorous, 2D hand-drawn mythological stories. Audience who have attended the premier have said that the animations were fascinating, the experience made them feel as if they were traveling through different settings, and that it was impressive that they were able to see different creatures up close. Further, visitors from Hong Kong have also said that because of the animations, the map ceased to be just symbols and images, but that the film has piqued their interest to learn more about the artifacts, animals and plants shown in the film.

Hong Shi-you, director of National Taiwan Museum, has stated that in recent years, the museum has been reinterpreting its rich collections through new ways and methods, showing different aspects of the collections and their display approaches, thereby strengthening the connections with the audience. The museum hopes to make the esoteric, dry academic content more “palatable” to the public by using the museum artifact as the main theme, and come up with captivating digital content through cross-disciplinary cooperation and new technologies. It is the museum’s aspiration that the audience will then pay more attention to Taiwan’s artifacts and biodiversity, and allow people to not only time-travel in TV dramas, but also to be able to travel freely in Taiwan's beautiful cultural and natural landscapes.

Kangxi Taiwan Map is the earliest surviving, single canvas painted scroll of Taiwan. Drawn with traditional Chinese landscape painting techniques, the map depicts the geography, administrative and military deployments, roads, urban and rural areas of western Taiwan in the 18th century from the north to the south in realistic style. Dubbed as "the single most ancient map of Taiwan", the map is designated as a "national treasure" in 2010, and it is also the most treasured artifact of National Taiwan Museum.

Since 2016, National Taiwan Museum has assembled experts from cross disciplines to complete the digital reconstruction of Kangxi Map of Taiwan. The museum has scheduled to launch a special exhibition of this map along with three versions of the same collection in March this year. The currently showing 3D animation film is based on this map version. Taking one year to produce, Traveling through the Map is shown in an immersive arena theater, showcasing cultural landscapes and symbols in the map with high-quality animations, including places like Taijiang Inner Sea, Taixiadao, Anping Night Scene, Shakun Night Scene, cultural symbols like uniquely shaped bamboo rafts, cattle wagons, and bamboo houses, along with natural histories of flora and fauna, including Taiwan blue magpies, dugongs, white dolphins , leopard cats, betel nut trees and chinaberry trees. 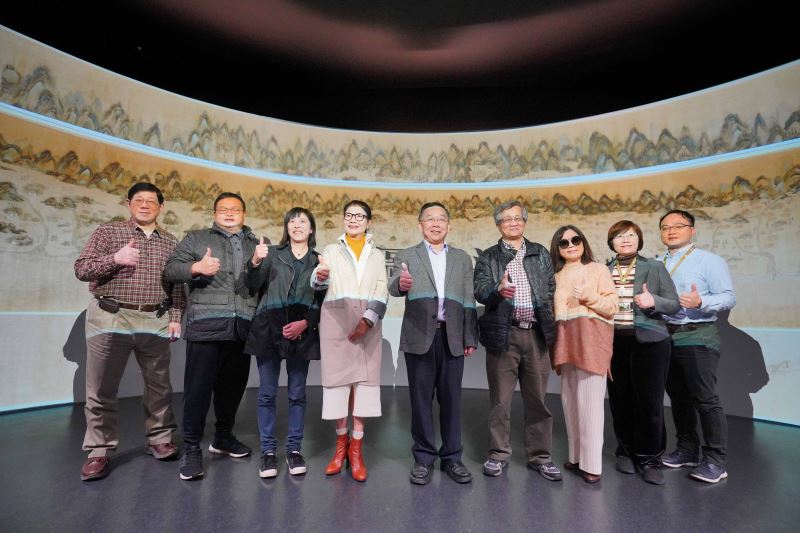 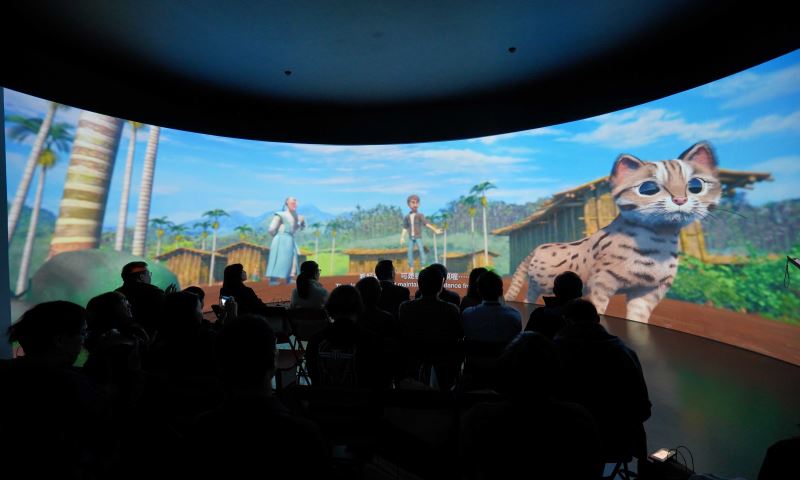