NTM Railway Department Park, one of the four branches that make up the NTM system, locates on the outskirts of old Taipei’s North gate. In the 20th century, it served as the Railway Department during the Japanese colonial era; as the Headquarter of Taiwan Railways Administration after WWII. It continued to be the management center for Taiwan Railways for 70 years.  In 2007, it was appointed national historical site “The Railway Department of the Traffic Bureau of the General Governor”, and furthermore renovated and revitalized by NTM. Today, President Tsai-Ing-Wen, Minister of Culture Lee Yung-te, Minister of Transportation and Communications(MOTC) Lin Chia-Lung together with architects and craftsmen participated in the ceremony, announcing public opening of the park on the 7th.

The Park houses six historical buildings: The Railway Department, Octagon male wash room, Electrical room, Cafeteria, Construction Room, War Command Center. Furthermore, historical site “Relic of The Machinery Bureau in Qing Dynasty” which was appointed by Taipei City Government is also situated in the park, making it the biggest branch that hosts the most buildings in the NTM system.

President Tsai attended the opening ceremony today and celebrated the opening of the park after a long 16 years of hard work. The President said, despite having gone through a series of government change, the park being the origin of Taiwanese industrial science and railway development still continues to serve as the management center of Taiwan’s railway system, bearing witness to Taiwan’s development and change for a hundred years. President Tsai also gave special thanks to former Premier Yu Shyi-kun and fellow colleagues of Council for Cultural Affairs, for their support of the “NTM system”. Appreciation also goes to NTM, Taiwan Railway Bureau of MOTC, experts, scholars and craftsmen that contributed to the restoration. The President specially acknowledged, apart from preserving tangible cultural assets, intangible assets such as architectural know-how and artifacts are also conserved in this process. In President Tsai’s hope, during the Post-Coronavirus New Life Movement, people can pay a visit to the rich and multi-faceted cultural heritage site.

Minister of Culture Lee gave special thanks to President Tsai, Executive Yuan, Ministry of Transportation and Communications (MOTC), and all the architects as well as craftsmen in the restoration process for their support. The opening of the park symbolizes two major milestones for the restoration of Taiwan’s cultural assets. Firstly, the NTM system connects the dots, including the museum, the old site of Land Bank, Nanmen factory and the new addition – the Railway Department Park. “It means that the government is taking culture preservation seriously, and that people can get to be acquainted with Taiwanese culture.” The second milestone is establishment of the Preparatory Office of National Railway Museum in joint effort of two ministries – Ministry of Culture and MOTC. Minister Lee pointed out, railway has brought about modernization in Taiwan, and it is also deep in the back of Taiwanese’s minds. Therefore he anticipated the NTM system and the National Railway Museum to continue their role of preserving and promoting the nation’s highlight railway culture, in turn lighting up Taiwan’s cultural heritage preservation for the world to see.

Minister Lin stated that the railway is a landmark of modernization. In the past, public transportation are more valued whereas in recent years, the emphasis is shifted to culture, economy and tourism regarding railways. 2020 was made Year of Railway Tourism, in which MOTC and the Ministry of Culture strived together for budget support from the National Development Council, hoping to cultivate railway cultural cities all around Taiwan. Just to name a few, Miaoli’s Railway Museum, Changhua’s Roundhouse, Chiayi’s Alishan Forest Railway, and Kaohsiung’s Hamasen Railway Cultural Park and the Railway Center established last year under the support of The Legislative Yuan. Stemming from the modernization of railways, Taiwan’s collective identity is slowly forming, making it the most fascinating and utmost important theme about Taiwan.

“Modernity” is the anchor of The NTM Railway Department Park’s display. Apart from weaving the park’s historical background and architectural stories into two exhibitions - “Taiwan’s Railway Culture Exhibition” and “Historic Site Exhibition”, there is also an exhibition aimed for children – “Kids Gallery: Steam Dream Works”. What’s more, owing to the Park’s location, “Taiwan’s motor revolution on parallel lines exhibition”(translation TBD) is curated, where models of diesel and electric locomotives and electric multiple unit are displayed in order to give a picture of old Taipei’s railway landscape in the 70s and 80s, during which steam locomotives are giving way to electric trains.

The two opening exhibitions “Debating Modern: The 1935 Taiwan Exposition” and “Taiwan Railway Hotel(1908-1945) Special Exhibition” bring visitors on a time travel to the event in 1935 “Taiwan Exposition: in Commemoration of the First 40 Years of Colonial Rule” and further to discover how people at that time respond to modernization. Visitors can also learn the modernization process of Taiwan with the first Western-style hotel in Taiwan, which was established in 1908 due to the completion of the Trunk Line.

Hung Shi-Yu, Director of NTM acknowledged that the museum is channeling its effort into promoting the “NTM system”. Starting from the main building of NTM, and making use of each branch’s historical narrative, the Natural History Branch and Nanmen Branch are integrated into the NTM system. Historical sites are revitalized and put into use again, making it possible for visitors to witness Taiwan’s natural history, industrial history and development of modernization and human history. Biodiversity and dynamic culture is thus presented, with “modernity”, “sustainability” and “cultural legacy and innovation” at its heart, igniting power and depth of the museum.

NTM and The Taiwan Railway Bureau of MOTC signed a cooperation contract in 2013 to ensure revitalization of the Railway Department. In 2014, NTM launched first-phase renovation of national historical site “The Railway Department of the Traffic Bureau of the General Governor”, and continued refurbishing buildings number 4,8 and 9 in the park, which concerned landscaping projects, interior decorations, East Wall of the Qing Machine Bureau and stone pavement renovations, and the making of new exhibitions project. Finally this year, the Park is officially open when the last piece of work is finished with building number 20, the Administration Center. The Railway Department Park received several special recognitions, including the Public Construction Commission Golden Quality Award, the Taiwan Light Environment Award, and the Cultural Heritage Preservation Awards. 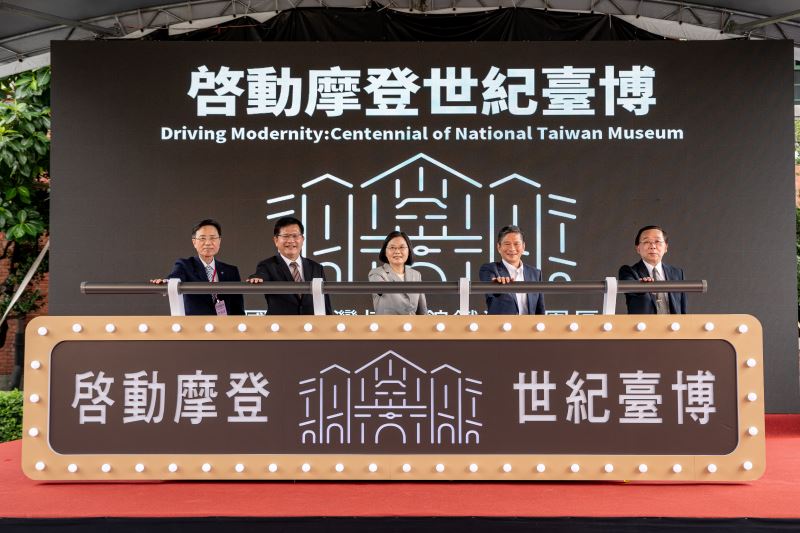 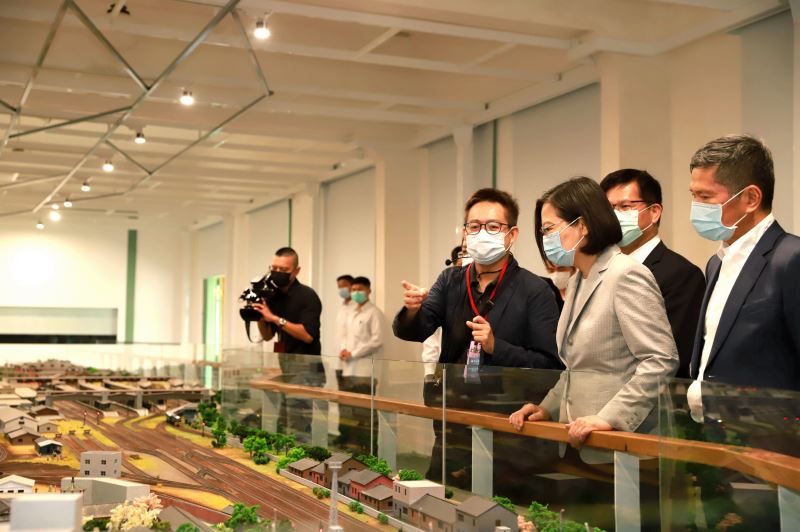 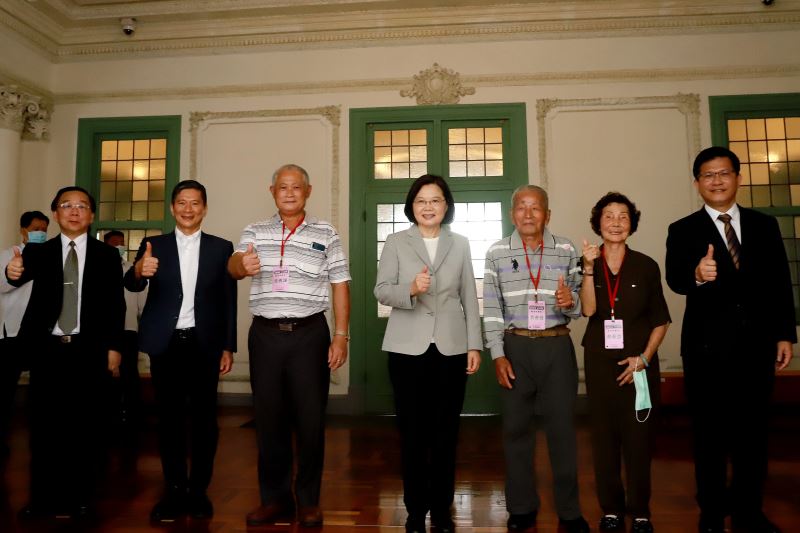 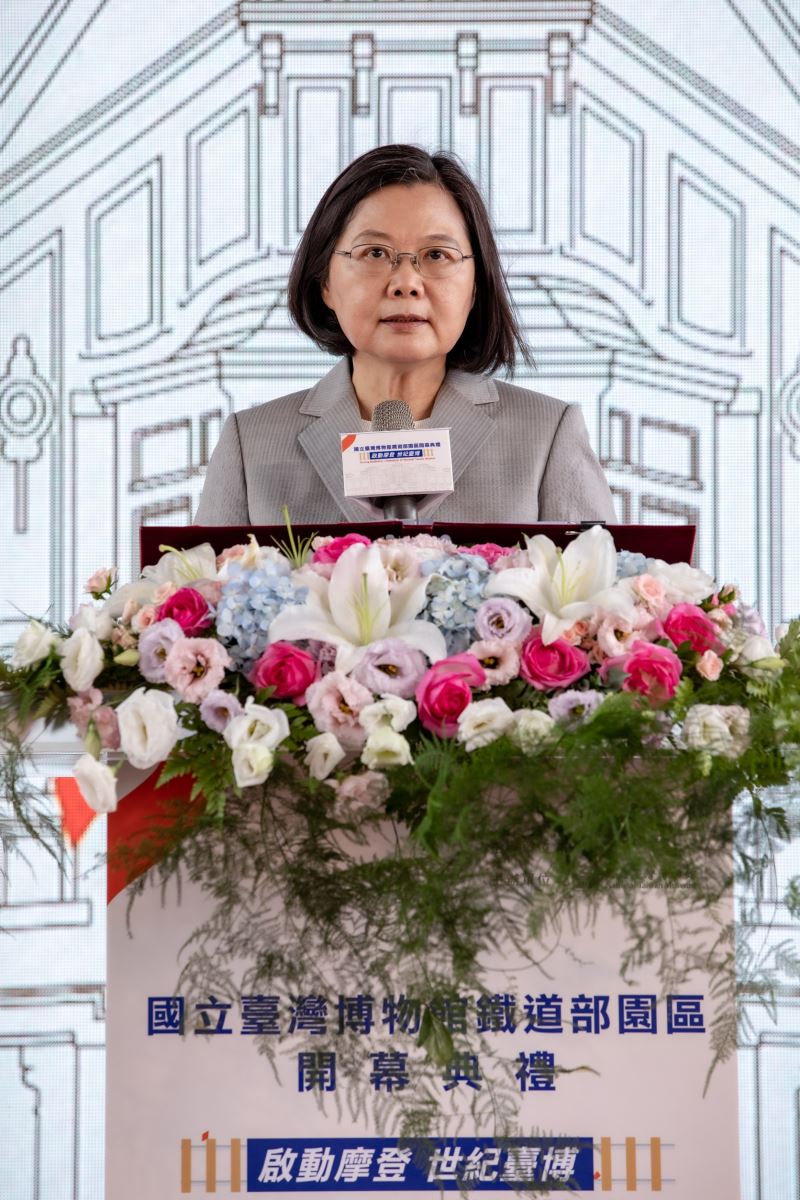 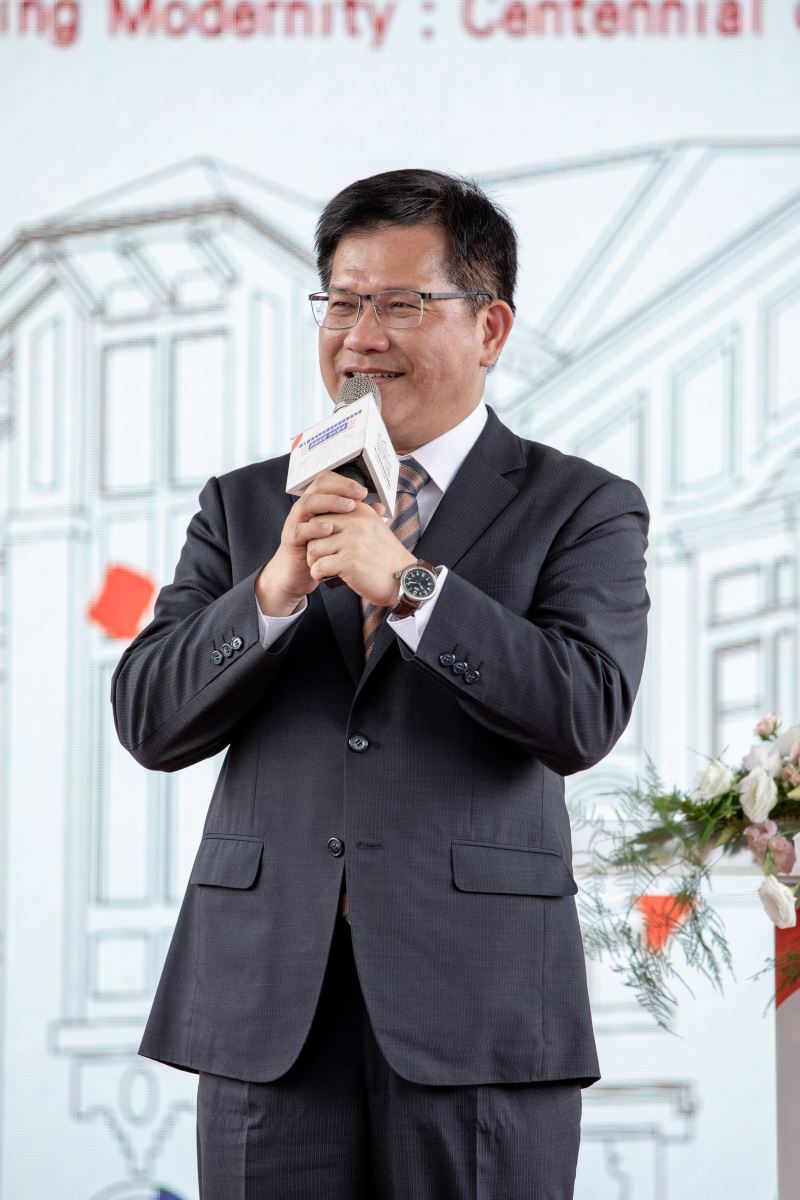 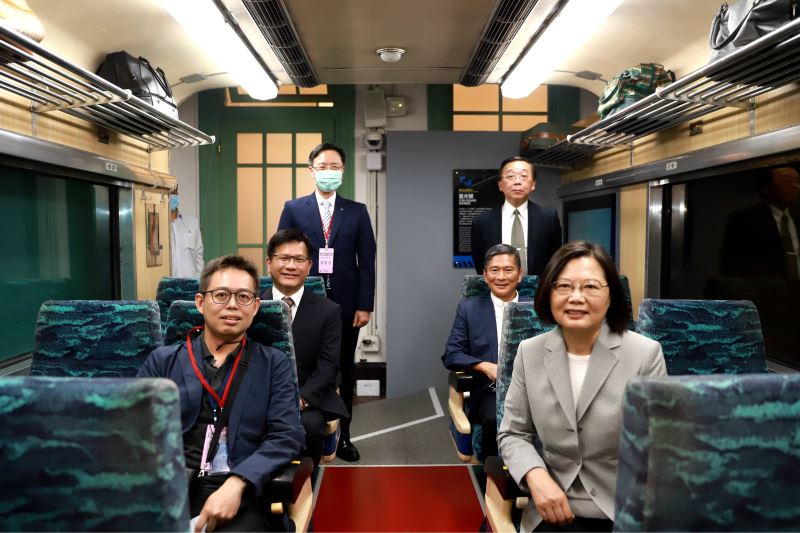 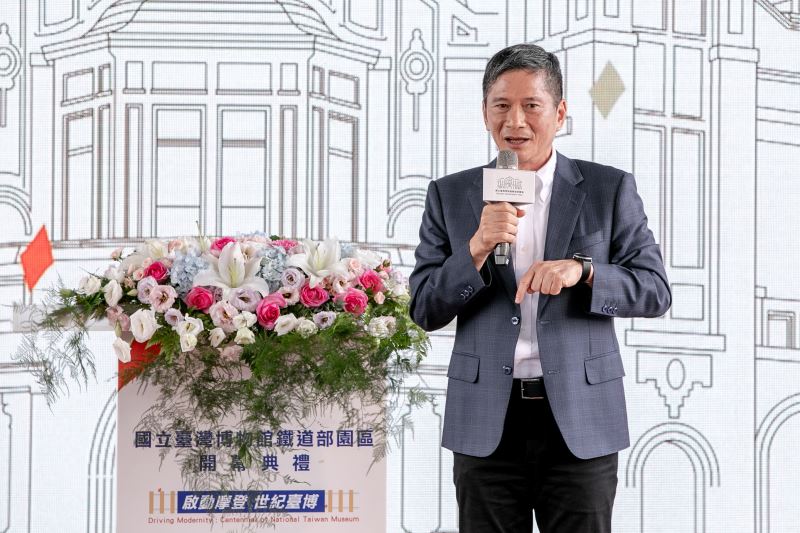