Precious scientific illustrations exhibited at the NTM, amazing viewers with the astonishing beauty of "bare-faced" Taiwan

The National Taiwan Museum(NTM), under the Ministry of Culture, joins hands with the Bureau of forestry under the Council of Agriculture of the Executive Yuan and launches the special exhibition- "The paintings of Nature- Taiwan Depicted in Scientific Illustrations( 繪自然-博物畫裡的臺灣)." The special exhibition introduces the definition and development of scientific illustration to the guests and displays diverse creations of modern scientific illustration. Presented with audiovisual contents of field trips at the exhibition, naturalists and nature observers' brushwork tells Taiwan's natural history since the 19th-century. Visitors can enjoy a rare opportunity to appreciate the beauty of "bare-faced" Taiwan with hundreds of scientific illustrations, illustrated guides of native and exotic plants and animals, and various geological landscapes. The exhibition is on display from now until May 30th, 2021, on the second floor of the Red House of NTM's Nanmen Branch. During the exhibit, guests can join the experts' guided tours and visit other special exhibitions scheduled.

The opening ceremony kicked off with a modern dance performance on January 22nd. Nicaraguan Ambassador William Manuel Tapia Alemán, many eco-illustrators and distinguished guests from academia, were all in attendance at the ceremony. In the ceremony, student representatives of the Taipei Mandarin Experimental Elementary School presented their nature-inspired crafts to the NTM for display. Representing the NTM, Vice Minister of Culture Lee Lien-chuan(李連權), museum director Hong Shi-yo (洪世佑) and the director of the Council of Agriculture's Forestry Bureau Lin Hua-ching (林華慶) accepted the gifts. They also encourage citizens to join the kids- keep ecological records of the surroundings and show care for our environment.

Vice Minister of Culture Li, on behalf of the NTM, expressed gratitude for professor Huang Tseng-chieng(黃增泉), who donated the first printing of “The Flora of Taiwan (台灣植物誌)," from the Institute of Plant Biology of National Taiwan University. Li also thanked the illustrators for their tireless efforts on scientific illustrations. Li said scientific illustrations started as attempts to keep records; however, if looked closely for the educational purposes and the concepts behind, they are also a form of art for the creators’ expectations, compositions, and the significance of the creations. The exhibition presents the history and illuminates the future trajectory of scientific illustrations; Which demonstrates the multiple purposes of NTM that go beyond exhibition and education. The NTM has fulfilled a modern museum’s role as “the society’s conscience,” which stands to promote communication and propel discussions within the society through discoveries and demonstrations of different issues.

The director of the Taiwan Society of Plant Systematics Hu Jer-Ming pointed out that the highlights of this special exhibition include the first scientific illustration in Taiwan- an illustration of "Tetrapanax papyrifer(蓪草)" or the rice paper plant by British naturalists, and the reprinted edition of "The Birds of America." "Tetrapanax papyrifer" is the first Taiwanese native plant to be published according to taxonomic classifications. And "The Birds of America," once auctioned at Sotheby's for an astronomical price of 7,312,500 pounds, has been praised as one of the United States' national treasures. The reprinted edition on display is the only one archived in Taiwan. Besides, the original edition of the latest and complete bird guide book in Taiwan, "The Hand-drawn Illustrated Guide of Wild Birds in Taiwan(臺灣野鳥手繪圖鑑)" and the earliest floral record, "The Illustrated Guide of the Flora in Taiwan(臺灣植物圖譜)," are two other must-sees at the exhibition.

The late director Chi Po-lin once unveiled the beauty of Taiwan from a bird’s eye view; while the exhibition provides the viewers with a closer look at this beautiful island through pieces of illustrations: The map of Taiwan drawn by the Dutch cartographer in the 17th-century sketches out the “bare face” of Taiwan 400 years ago, particularly in detail with the area around the city Tainan; and the “Le Monde Illustré,” a French news magazine in the 19th century, contained illustrations in the parallel perspective of the mouth of Keelung River and Tamsui River, allowing the general public in France to see the “look” of Taiwan for the very first time.

Before the widespread popularity of photography technology, paintings were how human beings learn more about the world.  With its objective and realistic brush strokes, scientific illustrations not only document the uniqueness of nature, some even possess artistic value as well. Thought to be "beautiful ladies" in science, scientific illustrations present a romantic side of scientific studies. Yet, the illustrators are no less rigorous than scientists when it comes to creations. The NTM has invited several illustrators to paint on the exhibition's spot, and visitors are welcome to ask them questions. Also, visitors can pick up pencils and pens and sketch the exhibited specimens. After experiencing the efforts and fun with scientific illustrations, visitors can choose to display their works at the venue and share them with other guests. Besides, the exhibition's brochure comes with a little surprise: a beautiful print of the "Formosan Pangolin" that visitors can take home! Don't miss out on it when paying a visit to the exhibition!

The special exhibition, "The paintings of Nature- Taiwan Depicted in Scientific Illustrations," is displayed from now until May 30th, 2021, on the second floor of the Red House of NTM's Nanmen Branch. The NTM's address is No. 1, Sec. 1, Nanchang Rd., Zhongzheng Dist., Taipei City, and it opens from 9:30 a.m. to 5:30 p.m. every Tuesday to Sunday( closed on Mondays and the first two days of the lunar New Year. During the exhibit, guests can join the experts' guided tours and visit other special exhibitions scheduled. For more information, please refer to the NTM's official website: http://www.ntm.gov.tw. 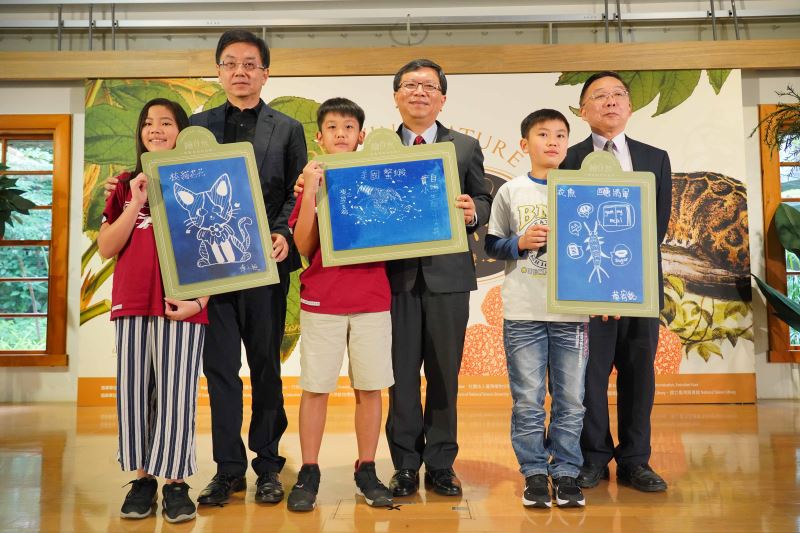 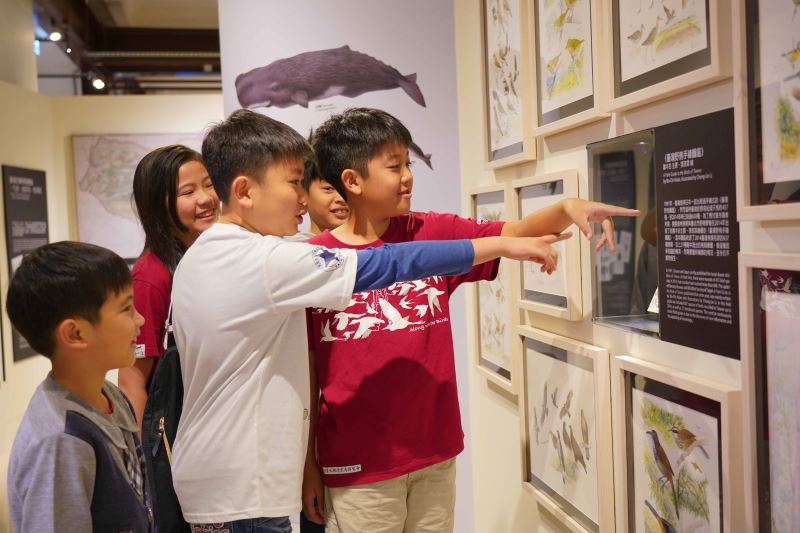 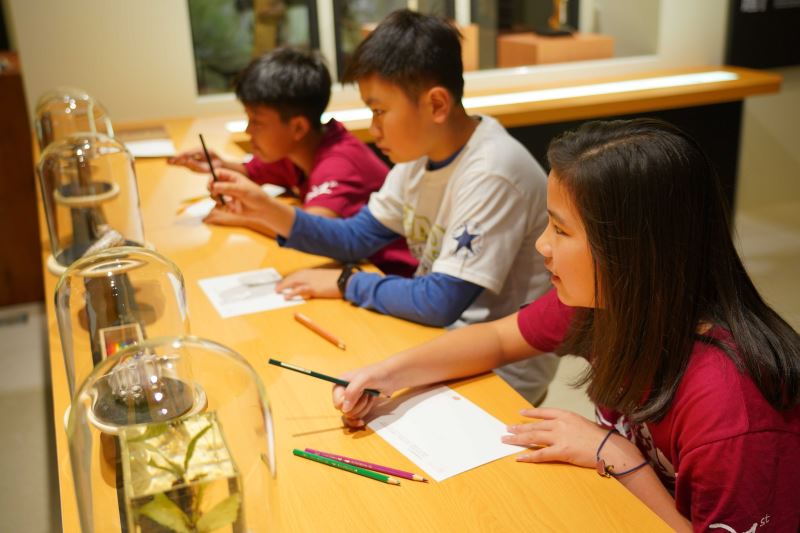 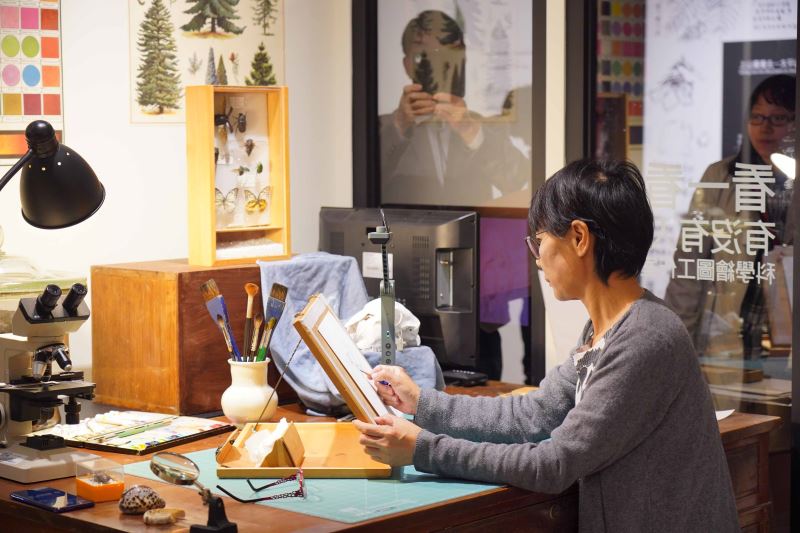