Embarking on the Voyage with The Treasure Chest of Asia: Dr. Paul Lin’s Puppet Collection Donated to National Taiwan Museum

The puppet collection of Dr. Paul Lin (Lin Jing-Fu), or Dr. Lin’s Collection, was amassed started from Taiwan and many other Asian countries, receiving the reputation as “The Treasure Chest of Asia”. Over the past few decades, the Taiyuan Asian Puppet Theatre Museum located in Dadaocheng has been dedicated to promoting puppetry art culture. To keep his years-long collection in better maintenance and to promote its cultural value, more than 10 thousand pieces were donated to National Taiwan Museum (NTM) today (on Sept. 1st) at a donation ceremony held at the Nadou Theatre in Taipei. Lee Yung-Te, the Minister of Culture, witnessed the ceremony and signed the Donation Memorandum, transferring the collection to the government for maintenance, cultural research, exhibiting, and promotion. The crucial cultural assets were passed down and are expected to keep dazzling under the management of a new generation.

According to Lee Yung-Te, the collection Dr. Lin donated this time contains tens of thousands of puppetry artifacts from Taiwan, Southern Fujian, of Hakka culture, and even from countries including Myanmar, Cambodia, Vietnam, Indonesia, Thailand, India, and Japan. It is supposed to be the most comprehensive puppet collection in Asia. Puppetry used to play an important role in the recreational life of those who lived in the agricultural society. It also embodies a substantial cultural inheritance and a microcosm of contemporary culture and lifestyle. In addition to express sincerity, gratitude, and reverence, the Ministry of Culture also promised that the collection would be “thoughtfully treated as if it were NTM’s own child.” The museum will then take full responsibility for assembling and restoration, recording the brilliant stories of every puppet.

The donor, Dr. Lin, said that amassing the considerable, various, and precious collection through years has helped to preserve Asian puppetry artifacts all around the world. With the assistance of the puppet theatre expert Dr. Robin Ruizendaal, the objects had been collected systematically through the lens of cultural diversity and ethnology. The collection, including puppets, puppetry booths, and costumes for Taiwanese glove puppet theater (po-te-hi) as well as puppets and puppet show scripts collected from other Asian countries, is considered a "treasure chest of puppetry." At the ceremony, Dr. Lin also shared the story of Wang Yan, a master of puppet show who passed away. He talked about how a puppetry booth of Wang finally returned to Taiwan after roving abroad for years. He also thanked his family for supporting his wish of "decluttering" and entrusting NTM to properly preserve these important pieces of cultural heritage and restore the historical memory.

According to Hong Shi-you, the curator of NTM, currently, the museum boasts more than 110 thousand cultural objects related to anthropology, earth science, botany, zoology, etc. About 40 thousand objects among the collection belong to the discipline of anthropology. Generously donating more than 10 thousand puppet artifacts, Dr. Lin has greatly increased the number of cultural objects falling into the category of the discipline of anthropology, marking a significant breakthrough through the collecting history of NTM. With the support of the Ministry of Culture, NTM will be developing programs of organization and interpretation of the donated collection in two years. By officially designating the collection as cultural public goods, all citizens are blessed with the chance to look at the collection and get to know the history and value of it.

Dr. Lin has dedicated himself to promoting movements of local culture by establishing the Taiyuan Arts and Culture Foundation and Taiyuan Publishing, and participating in fieldwork, community activities as well as indigenous cultural events. The foundation has been actively promoting puppet theatre in Dadaocheng since 1999, developing strong bonds with communities and becoming a vital base for studying puppetry. Nadou Theatre, where the press conference took place today, was previously the home of the Chou Chin Chun Tea Factory. Sharing the same origin with the adjoining Taiyuan Asian Puppet Theatre Museum, the theatre evoked the energy and innovation stemmed from connecting community culture, historic buildings, and the puppet collection. 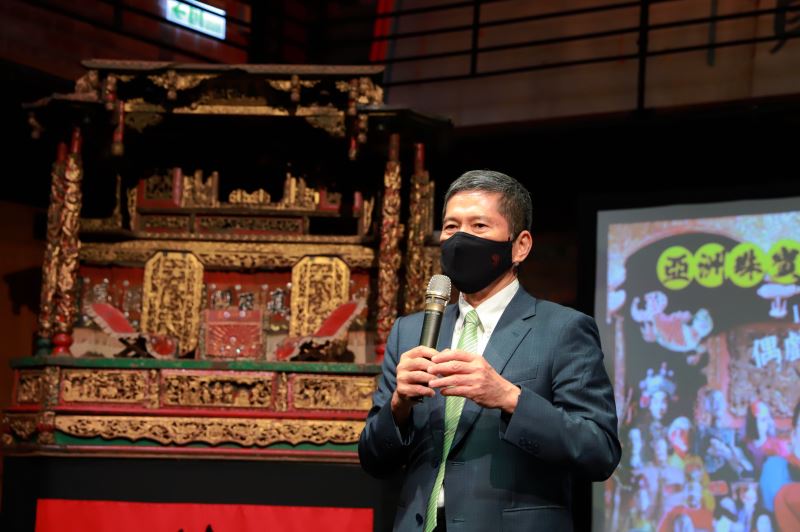 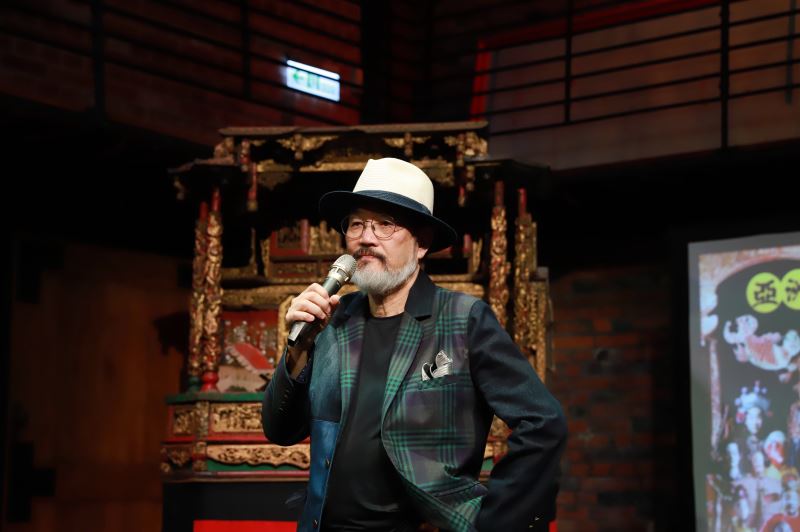 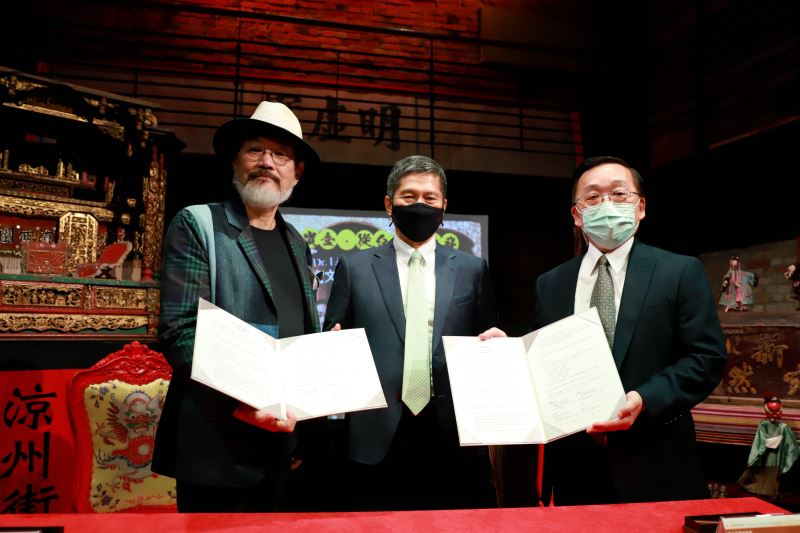 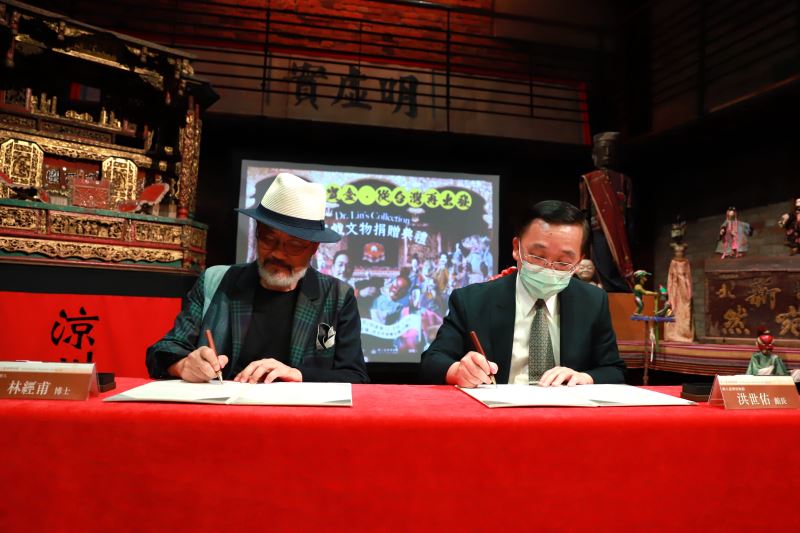 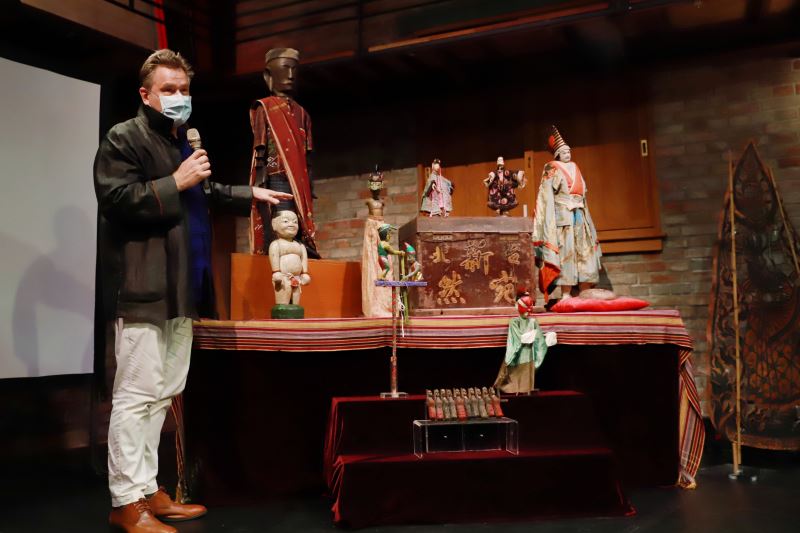