National Taiwan Museum and Taiwan Cetacean Society co-launched “The Secrets Behind Whale Skeleton”. Starting from the stories behind whale skeletons in the whaling era, viewers are invited to take a walk into Taiwan’s cetacean history. Secrets are being revealed by the remains of dolphins and whales, while Taiwan’s cetacean conservation issues concerning the evolution of conservation methods are further discussed. Also being presented are the more contemporary issues such as the relationship between the marine life and the society, ecological system, and environmental conservation. By means of tracing back to critical events of cetacean conservation in Taiwan, we explore the promotion of conservation and reflections on controversial topics. The exhibition is on display now in the east gallery on the first floor of the Main Branch until March 28th, 2021.

Taiwan’s naturally gifted marine environment has provided home to two thirds of cetacean species of the world in the surrounding area. In Taiwan’s case, whaling started in 1913, thereafter, one or two thousand dolphins and whales were captured and killed, commencing the era of terror for these animals, leaving behind only traces of skeletons to voice their sorrows. In 1994, there was a first attempt to save stranded cetaceans, which was the start of the conservation of dolphins and whales. Through the promotion of Ocean Conservation Administration, “Marine Animal Rescue Network” was organized in 2019, combining interdisciplinary forces in the hope of a closer relationship between the sea creatures and Taiwan. To this day, however, news regarding ships wrecking into each other, accidental kills, marine debris consumption, and contagious disease caused by environmental destruction are still seen repeatedly. These deep-rooted problems are almost impossible to solve. In the past 100 years, dolphins and whales around Taiwan have gone through timidity, horror, panic, wariness. All these memories are engraved onto their bones, documenting stories from different times. In light of this, the exhibition pours outs the hearts of these animals by their skeleton, taxidermy, and images.

According to NTM, this exhibition features bone specimens of cetaceans that died ashore, including well-known species such as Blue Whale, Sperm Whale and Indo-Pacific Humpback Dolphin. What’s more, upon entrance, a set of 3.6 meter long lower jaw-bones of a Humpback Whale greets us; and the most mysteriously-shrouded cetacean species of all, the 4-meter long Longman’s beaked whale, is on display for the first time ever in Taiwan.

Administrative Deputy Minister Lee, Lien-Chuan indicated that “Hail to the mountains; Salute to the seas” is one of the most important policies brought out by the Executive Yuan. It means that Taiwan has made “Man is nature’s conquerer” an outdated concept, and strode towards having respect for mother nature. Cetaceans, as well as humans, are mammals. Their natural ability to prey cooperatively is worth our learning. This exhibition presents a wide array of contemporary environmental issues aside from cetacean conservation, including marine pollution; and how off-shore wind power help protect marine life while ensuring economic benefits and generating green power simultaneously. The raising consciousness of environmental issues is clearly observed under this context.

Director of NTM Hung Shi-Yu mentioned in his speech that whaling in Taiwan started since 1913, and was later banned in 1981. During the 70 years of killing, more than 2,500 cetaceans had been harmed. Therefore, he anticipates the exhibition to be a promotion of taking on social responsibility to protect the environment. In 2015, NTM proposed “Taipei Declaration on Natural History Museum and Biodiversity” at the annual meeting of the International Association of Museums - Natural History Museum Committee (ICOM-NATHIST), emphasizing the importance of protecting biodiversity, natural habitat and conservation of species. Therefore, the NTM and the Taiwan Cetacean Society jointly curated the exhibition, hoping to promote the importance of biodiversity in Taiwan.

Fusing the museum’s specimen making and collecting expertise, during the exhibition period, specimen-making hands on activities will be arranged, and a demonstration will be carried out in the lab space of the exhibition hall. This allows parents and children to take a dip in the making process of cetacean specimen, learn about the skeleton structure of the cetaceans, and look for traces of injury in the specimens. By deepening the viewers’ understanding and observation of cetaceans, a whole new visiting experience is brought 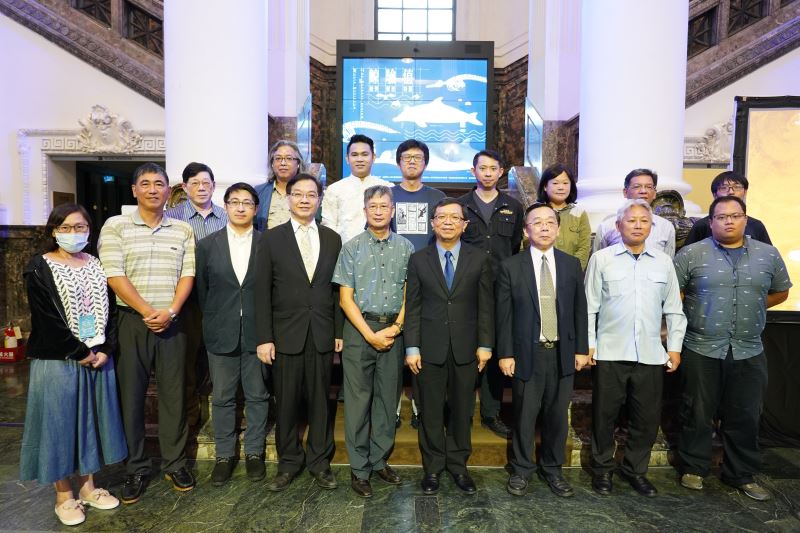 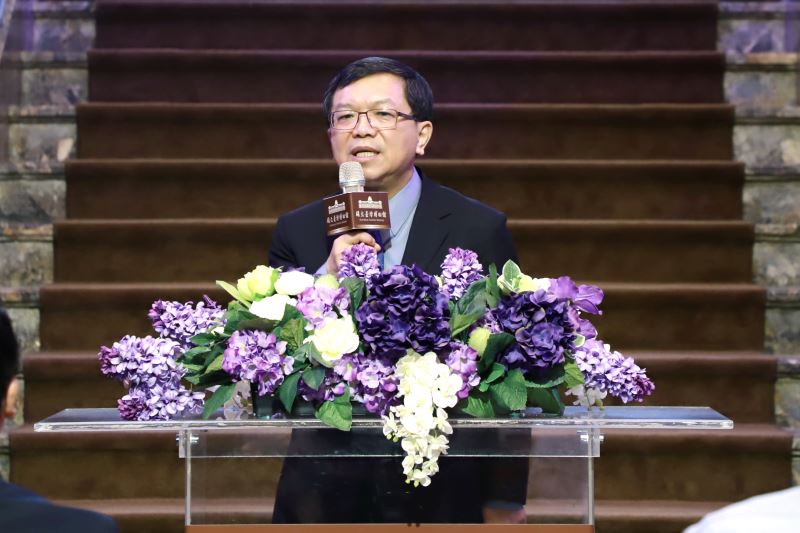 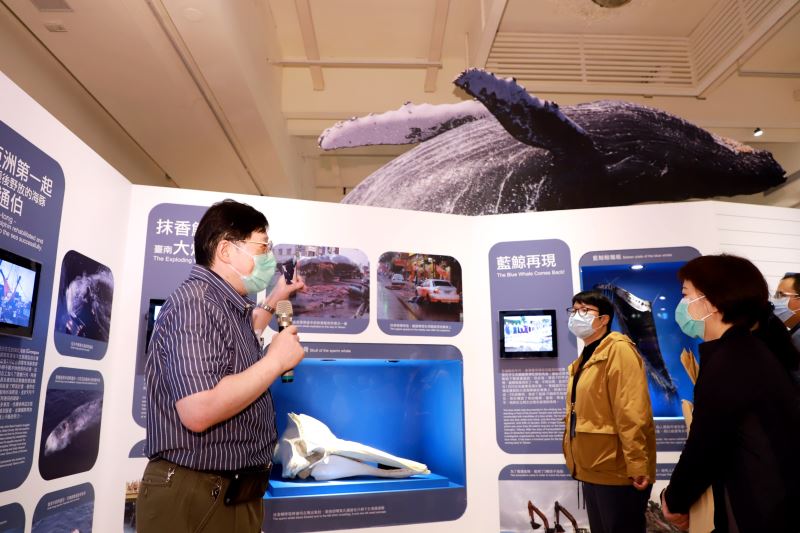 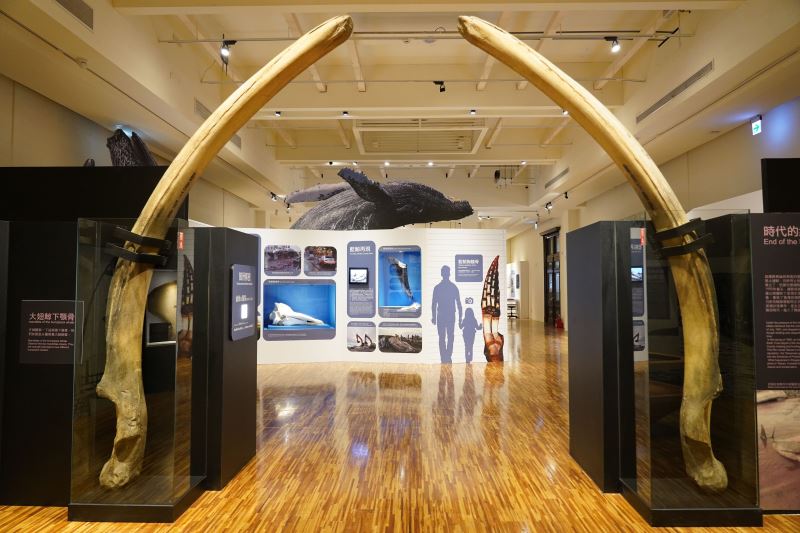 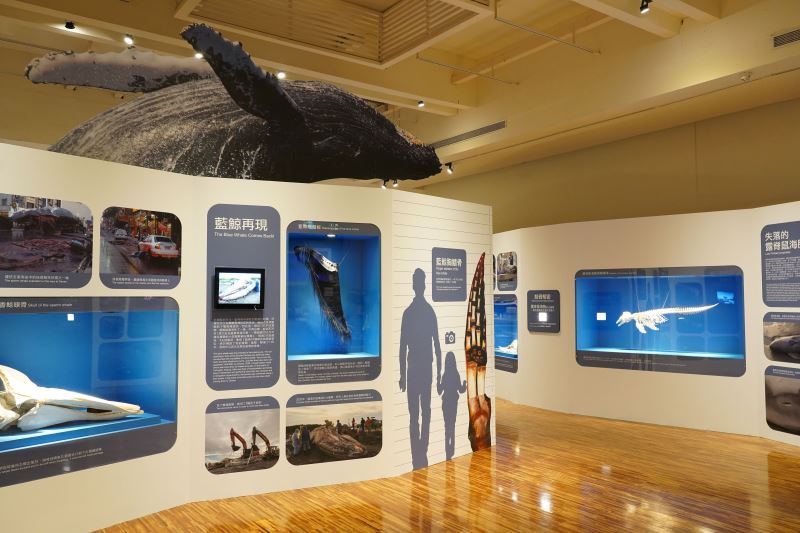 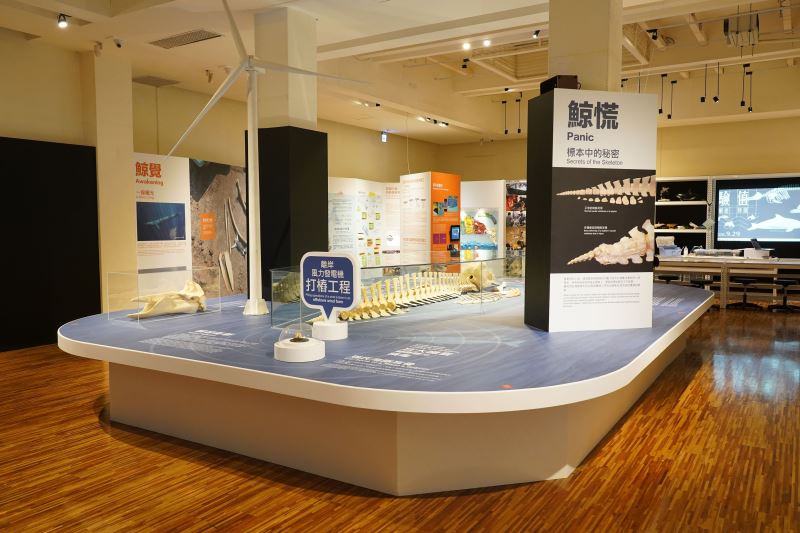